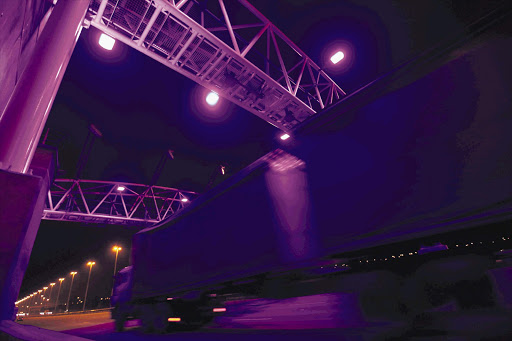 Implementation of e-tolling will rob Gauteng residents of their hard-earned money, the EFF in Gauteng said.

"Already our people can't cope with the high cost of living, high petrol prices and yet they must be sucked dry continuously?" spokesman Patrick Sindane told reporters in Johannesburg.

"We completely reject the introduction of the e-toll system."

The Economic Freedom Fighters called on citizens, civil society and anyone opposed to e-tolling to reject the system, as it represented a "systematic and well planned robbery by the [President Jacob] Zuma-led African [National Congress] government".

To this end, the EFF would be staging a protest on Friday in the Johannesburg CBD and march to the offices of the premier and transport department to hand over a memorandum.

"We are trying to build a Gauteng we are proud to live under. Life must not have a price tag," Sindane said.

"[Residents] know petrol is expensive and now they have to pay more?"

He said Gauteng instead needed a government that responded to the needs of people. Instead of public money being spent on e-tolling, it should be spent on meeting the needs of the poor, such as housing.

While the ANC-led government may have brought political freedom to South Africa, the country was nothing without economic freedom.

"They [the government] are continually sucking us dry," Sindane said.

He said people should boycott getting e-tags, as those who did endorsed the poor remaining in poverty, given the waste of public funds on e-tolls.

"Are you calling upon our people to respect laws that are unjust?"

A legal challenge to e-tolling by the Opposition to Urban Tolling Alliance (Outa) was dismissed by the Supreme Court of Appeal on October 9. Outa announced on October 18 it did not have money to continue the legal fight against e-tolling.

"We still owe our lawyers R1.8 million and it will cost R1.5m to continue. We realised that we are out of money," chairman Wayne Duvenage said at the time.

Outa's argument remained that the SA National Roads Agency Limited and the government did not conduct a proper public participation process.