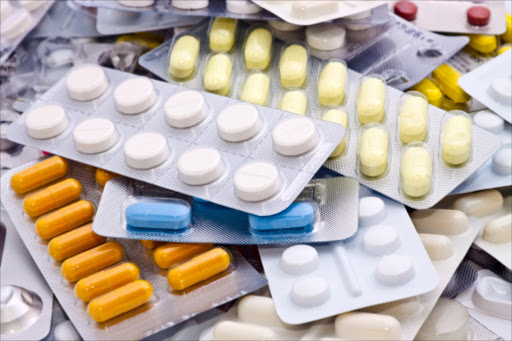 “To have foreign companies spending R6 million to dissuade government from pushing legislation that promotes access to more affordable medicines is outrageous.

"The minister is right to take a firm stand against pharmaceutical companies that seek to protect their profit margins at the expense of ordinary South Africans.

"The government is bringing national law in line with international norms, so they have the ability to take action when inflated prices put crucial medicines out of reach,” said Julia Hill of MSF in a statement.

“The draft IP policy includes reforms that are not radical. For instance, the proposed patent examination system would reward truly innovative patents and weed out frivolous applications,” said Hill.

Rights groups Section27 and the Treatment Action Campaign (TAC) also expressed their outrage at the campaign.

"The TAC is outraged over what appears to be a covert and well-funded plan from the foreign pharmaceutical industry to delay an essential law reform process in South Africa," TAC general secretary Vuyiseka Dudula said in a statement.

The groups were reacting to a report in the Mail&Guardian about an alleged plot drawn up by lobby group Public Affairs Engagement (PAE) on behalf of a number of multinational drug companies operating in South Africa, represented by the Innovative Pharmaceutical Association of South Africa (Ipasa).

According to the report, a document penned by the PAE detailed a plan to fight the trade and industry department's Intellectual Property Policy.

The section of this draft legislation relating to health reportedly aimed at weakening protection for drug patents, which would drive down prices for a range of medications, including antiretrovirals and tuberculosis treatment.

Dudula called for the policy to be finalised and released as soon as possible.

"Any further delays are unacceptable and will have far reaching impact on the provision of public health.

"We will not allow foreign industry to derail this national process, especially in such a secret and underhanded way."

Section27 also condemned the alleged plot, saying the PAE and Ipasa sought to "undermine the progress being made to protect public health through covert and anti-democratic action".

"It is critical that all progressive activists, academics, business, regional institutions and governments across the developed and developing world speak out against such underhanded tactics by these companies."

The Mail&Guardian reported that Motsoaledi regarded the drug companies' planned campaign as "genocide".

"This document can sentence many South Africans to death," he was quoted as saying.

"That is no exaggeration. This is a plan for genocide."

The newspaper reported that PAE's response sought to direct the nature of public discourse around the policy through a massive public relations exercise directed from outside the country.

The PAE plan intended to send the message that the policy could threaten investment and have negative economic and social consequences.

Ipasa reportedly told the newspaper it would encourage open debate on the proposed legislation.