Zuma's architect 'made millions' off Nkandla 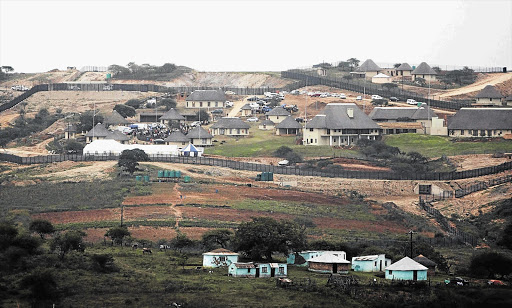 Madonsela said in her report into the matter that Makhanya served as a go-between for government officials and the president.

"What is particularly disturbing in this regard, is that minutes show that Makhanya was often asked to design something more economic and he will come back with something more expensive and even luxurious."

Madonsela said Makhanya was brought in 2009 without going to tender.

Makhanya was brought in to act as the department of public works' principal agent, while retaining his position as Zuma's private architect.

"This is the period when the scale of work increased exponentially, leading to installations that were not authorised and costs escalated to R215 million."

In the report, Madonsela said Makhanya had made R16.5 million from the Nkandla project by the time this probe was completed.

His appointment was improper and did not satisfy legal requirements, Madonsela's report found.

Madonsela has been criticised by the African National Congress for her handling of the probe.

ANC secretary general Gwede Mantashe has said that the release of the report close to May 7 would indicate an intention to "muddy the waters in the election campaign".

Madonsela previously dismissed claims that her office would time the release of her final report with the aim of influencing the elections.

On Sunday, Mantashe said the party did not have any expectations from the Nkandla report.

He called it a "political report", saying the ANC would treat it that way.

In an ENCA interview in February, Zuma disputed that more than R206 million had been spent, saying the security upgrades cost around R50 million.

Zuma also told the news channel he would not resign.