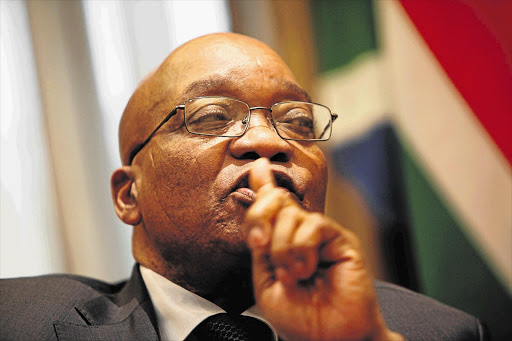 Responding to a parliamentary question on whether he intended to clear South Africa's policy position regarding Uganda's anti-homosexuality law, Zuma said: "South Africa respects the sovereign rights of other countries to adopt their own legislation."

"In this regard, through diplomatic channels South Africa engages with Uganda on areas of mutual concern bearing in mind Uganda's sovereignty," Zuma said through a written response to the National Assembly.

Ugandan President Yoweri Museveni signed into law a bill allowing for repeat homosexual "offenders" to be jailed for life in February.

The legislation also outlawed the promotion of homosexuality and required people to denounce gays and lesbians.

At the time, the SA Human Rights Commission called for the country's government to condemn the law.

"The commission believes that our government should make its rejection of Uganda's draconian law clear and visible," spokesman Isaac Mangena said in February.

"[We should] join those who respect the rights and freedoms of every person to call for the repeal of this and all similar legislation and to follow good human rights practices in line with its commitments under international and regional laws."

In 2011, South Africa introduced a resolution at the United Nations Human Rights Council (UNHRC) in support of gay rights.