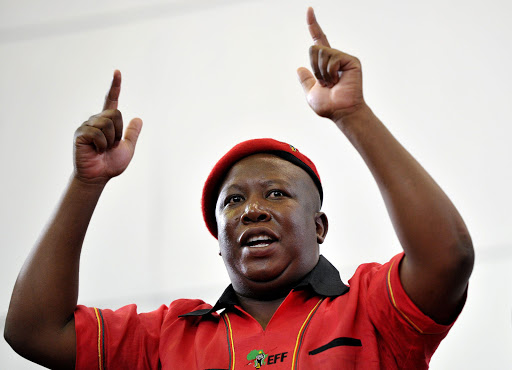 The SABC must allow people to judge for themselves which party to vote for instead of banning advertisements, EFF leader Julius Malema said.

"Once you suppress the people contesting elections it means you not ready to give us free and fair elections because unfair coverage leads to unfair elections," he told reporters in Johannesburg.

Malema said his party submitted its advert, which was supposed to be aired on April 20, but was not.

"The SABC wrongly and illegally banned this advert because of the EFF's decisive position, shown in the advert, that in an instance when it takes government it will physically destroy the undemocratically imposed e-tolls.

"The SABC refuses to air this advert, arguing that it incites violence."

EFF spokesman Mbuyiseni Ndlovu said the party had lodged a complaint with the Independent Communications Authority of SA's complaints and compliance committee on Tuesday morning.

According to Icasa regulations the authority had 48 hours to reply to any complaint.

The advert titled "Now is the time for economic freedom", which was posted on YouTube, starts with a woman, identified as Mrs Zameka Nungu, talking in Xhosa about how she was heartbroken when her husband was killed during the Marikana shooting.

This is followed by a slideshow of photos showing police officers pointing their guns at mineworkers in Marikana and people in Bekkersdal.

The video then shows Malema, who introduces himself and urges people to vote for the EFF.

"I know your pain and suffering. Let us vote against empty promises of the last 20 years, vote for economic freedom in our lifetime. Let us restore the dignity of the African child. Vote EFF," he said.

The advert ends with posters with Malema's face on them and different slogans, such as "let's stop Nkandla corruption" and "destroy e-tolls physically".

Earlier this month, the Democratic Alliance also lodged a complaint with Icasa after the SABC had banned its advert, also giving incitement of violence as the reason.

Malema on Tuesday said the EFF would not amend its advert for the SABC.

"We [are] going on with our campaign, we [are] not going to amend our advert.

"If that [the advert] is anarchy let the people make up their minds that that's anarchy [and they] can't vote for it."

He said the EFF would march to the SABC on April 29.

"We think that to suppress an advert on the basis of disagreeing with it politically is wrong."

Malema said his party did not expect to get free advertising space so even if the EFF's advert was not aired it would not hurt the party.

"You're not hurting us, you're hurting South Africans by depriving them of information so that when they vote they make an informed decision," he said.