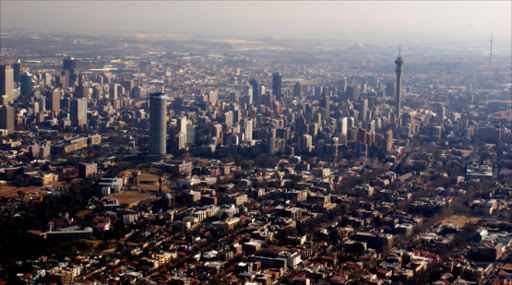 The City of Joburg will have a record combined capital and operational budget of R47-billion in its 2014/15 financial year, higher than any other budget before.

This was revealed by the Finance MMC Geoffrey Makhubo during a media briefing ahead of his budget speech in a council meeting held at the Joburg Theatre today.

Makhubo said in the last financial year the city exceeded for the first time the R40-billion mark on the on combined operational and capital expenditure.

“The city has a healthy cash balance, annual surpluses, our investments in strategic infrastructure delivery and the reports from the Auditor-General. Our financial performance over the past three years gives us the opportunity to accelerate delivery to the people of Johannesburg,” said Makhubo.

He said the city had built a “more stringent” cash management system. Despite a monthly expenditure of R2.2-billion , the metro still had the monthly cash balance in excess of R5-billion.

Residents of the City of Johannesburg are in debt and do not prioritise council services in their budget.

This was revealed by Finance MMC Geoffrey Makhubo when he presented his budget to the council today.

Makhubo said a study conducted by the council showed that 90% of Johannesburg residents spent more than they earned.

This study also showed that paying for services provided by the city was not a priority among residents.

Joburg citizens prioritised payment of the car, mortgage, clothing, entertainment and other expenses with the payment of council services taking between the tenth and sixteenth spot.

For the past years the city of Joburg has been struggling with revenue collection as its billing system was in a crisis. This had a negative effect to the council's audit outcomes.

But Makhubo said the council had turned the corner on revenue as the collection rate stood at 92.5%.

“Given the challenges we have noted on prioritisation of payment of municipal services, I therefore appeal to residents of Johannesburg to prioritise for services as we partner together in developing our city,” he said.