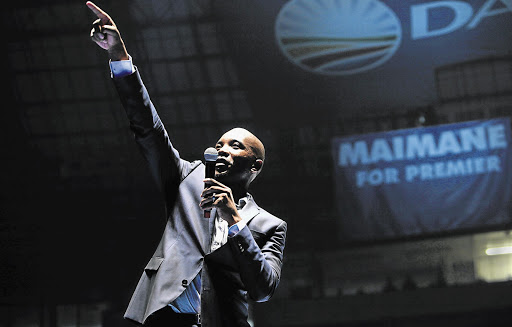 The Democratic Alliance on Thursday announced its spokespeople on various Cabinet portfolios.

The so-called "shadow cabinet" will represent the party on various parliamentary committees.

"This shadow cabinet will make pragmatic legislative proposals that will tackle South Africa's problems head on, with a commitment to the creation of real jobs in South Africa," DA parliamentary leader Mmusi Maimane said.

"The DA shadow cabinet will work to provide robust oversight of government, but will also put alternative solutions on the table."

While there were several new faces on the "shadow cabinet", the party retained some of its experienced MPs for important portfolios such as the security cluster.

Dianne Kohler-Barnard retains her position as DA spokeswoman on the police, with David Maynier keeping his defence portfolio.

Former caucus chairman Wilmot James moves to health, while his former deputy Geordin Hill-Lewis takes over in the trade and industry committee.

Sej Motau will watch the presidency, while Nosimo Balindlela will be spokeswoman on the water and sanitation department.

"We followed a rigorous interview process with individual MPs in our caucus," Maimane said.

"I have sought to place members in portfolios where they are not only fit for purpose, but are passionate about the work of their portfolios and are also fully capable of providing leadership in their respective portfolio allocations."