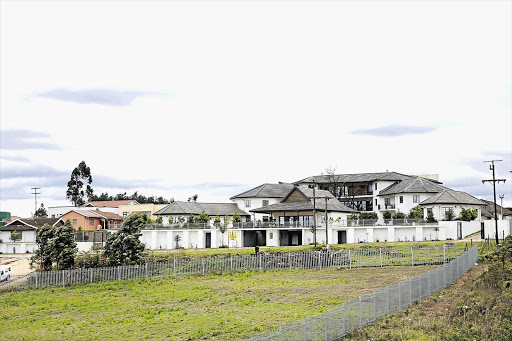 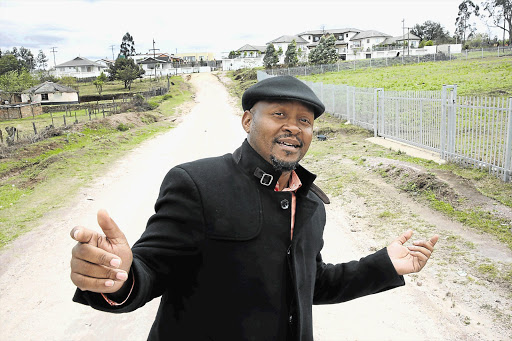 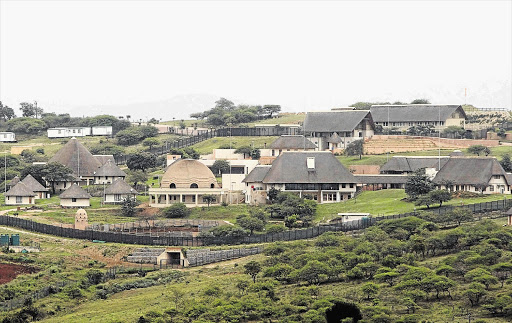 He is polygamous like the president and has a homestead which rivals Nkandla in size.

The 46-year-old was spurred into action after it turned out that Vumelani Mchunu, the man who pledged to pay Zuma's Nkandla bills, was a broke wannabe filmmaker who lived at home with his parents.

Unlike Mchunu, Mavundla is a serious player in KwaZulu-Natal's business circles and has a long-standing relationship with Zuma.

In 2008, Mavundla slaughtered 20 cattle to celebrate Zuma's ascendancy to the ANC presidency after he defeated Thabo Mbeki at Polokwane.

His construction company, PG Mavundla Engineering, has been involved in numerous major projects, including the R8-billion King Shaka International Airport and the R1-billion Sibaya Casino. It also has a R1.2-billion stake in the construction of Eskom's R8.9-billion Ingula power station.

The former ANC mayor of Greytown says he will lead efforts to raise whatever is owed by Zuma for the upgrade of his private Nkandla homestead.

When he was mayor of Greytown, Mavundla refused to accept a salary and used his personal cars for official duties.

The construction tycoon, who resigned as mayor last year before a motion of no confidence could be passed against him by the council, has challenged public protector Thuli Madonsela to reveal the amount due by Zuma for the Nkandla upgrades "so that we can pay it".

Mavundla, a polygamist with three wives and father to 18 children, said the R246-million price tag for Nkandla was ridiculously inflated - arguing that Zuma was as much a victim as were the taxpayers who footed the exorbitant bill.

"Some of us who have been in construction for a very long time can tell you that you will get three Nkandlas from that figure... considering that there was an existing [homestead] which we all know about," he said.

Mavundla's property portfolio includes five commercial farms, a luxury hotel and lodge known as Propaganda, and several other businesses. He once boasted that his family owned "a fair share" of Greytown in KwaZulu-Natal.

His homestead in the area, he said, was about the same size as Nkandla but had cost "not even a fraction" of the R246-million used for the upgrade of Zuma's homestead.

Mavundla's homestead in Matimatolo covers vast tracts of land and has five standard-sized houses on it for his siblings, one for his late wife's mother and two guest houses. He also has his own three-storey house.

The main house is a modern version of a traditional Zulu home divided into three, with Mavundla's senior wife occupying the centre and the other two wives housed in separate wings of the 28-bedroom mansion.

The structure has 12 lounges, a gym and underground garages for 12 cars.

A rock pool, with a tree in the middle, stands in front of the main building with manicured lawns surrounding it.

Mavundla has another mansion near the city centre which has 14 bedrooms. Both homes have private cinema theatres.

Mavundla refused to divulge the cost of his properties, but acknowledged: "I've got the most expensive homes in the whole of Greytown."

He has admitted that there have been behind-the-scenes discussions among Zuma's backers to raise money for the president's debt.

Mavundla said the group would raise the money in the same way they did with the Friends of Jacob Zuma Trust - set up by Durban businessman Don Mkhwanazi in 2005 to raise money for Zuma's defence against his fraud and corruption charges at the time. Mavundla was also involved with the trust.

Mavundla said if it turns out that Zuma has to pay 20% of the upgrade costs at his Nkandla home, "we will not question that".

"But as we gear ourselves to do that it will help us if Madonsela will help us with the figure of what the president owes so that we don't delay this process.

"We would like to pay a fair price. We will need to quantify what we are paying for," said Mavundla.

Zuma is under pressure from opposition parties to repay a portion of the R246-million used to upgrade his Nkandla home.

Madonsela found that Zuma and his family "unduly benefited" from the upgrades, which included a visitors' centre, a cattle kraal, a chicken run, a swimming pool, and an amphitheatre.

In turn, Zuma said it was up to the police minister to determine whether he should pay a portion of the cost of the upgrade and also the amount.

Mavundla said he did not know the unemployed Mchunu, but was "encouraged" by his bravery.