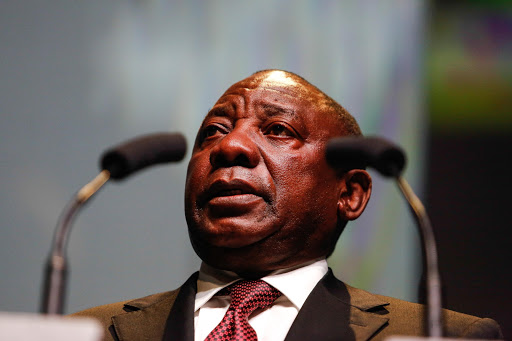 Political concerns led to police pushing for a confrontation with striking platinum miners in Marikana in 2012, the Farlam Commission of Inquiry heard on Wednesday.

"The SAPS acted from improper political reasons in deciding to remove strikers," evidence leader Geoff Budlender submitted during final arguments at the inquiry's hearings in Pretoria.

He said North West police commissioner Lt-Gen Zukiswa Mbombo, in a meeting with Lonmin, had urged the mine's management not to undermine the National Union of Mineworkers in favour of its rival, the Association of Mineworkers and Construction Union.

"One [motive] was to respond to the call Cyril Ramaphosa made to the minister of police. That call was the trigger to what happened on the 16th [of August]."

Deputy president Ramaphosa was a non-executive director and shareholder in Lonmin at the time.

The inquiry is investigating the deaths of 34 people, mostly striking mineworkers, shot dead in a clash with the police on August 16. More than 70 people were wounded and more than 200 arrested. The police were apparently trying to disarm and disperse them. In the preceding week, 10 people, including two policemen and two Lonmin security guards, were killed.

Budlender argued that Ramaphosa could not have anticipated or reasonably foreseen that killings would result from his call.

In the event top police management devised an operation to disarm and disperse striking miners who had congregated on a koppie at Wonderkop, near Marikana.

At a meeting on August 15, 2012 it was decided to take action the following day.

Budlender said: "One might conclude some police might have anticipated [deaths]. There were mortuary vehicles on scene."

The conduct of national police commissioner Riah Phiyega during the Marikana operation and the police's subsequent handling should be investigated, the evidence leaders submitted.

It appeared senior police officers had been evasive in answers to the commission and certain evidence had been concealed or tampered with.

Earlier, evidence leader Matthew Chaskalson urged the commissioners to recall their horror when they first heard of the Marikana shooting.

It was important to remember that feeling because it reflected "the reality of the situation", he said.

"Looking day-in and day-out at pictures of bodies shot to pieces by assault rifles dulls our outrage at what is, and should be, unacceptable in a constitutional democracy."

Chaskalson slowly recited the names of those killed at Marikana.

"Remember every victim who died at Marikana... as an individual human being with a family and a life."

The evidence leaders were giving their final arguments in the inquiry, and were given 90 minutes each to highlight aspects from their heads of argument.

At the end of last month, President Jacob Zuma granted the commission its final extension. Public hearings had to be completed by next Friday.

After the arguments, the commission had until March 30, 2015 to write its report. The findings would then be handed to Zuma.

The inquiry continues on Thursday.