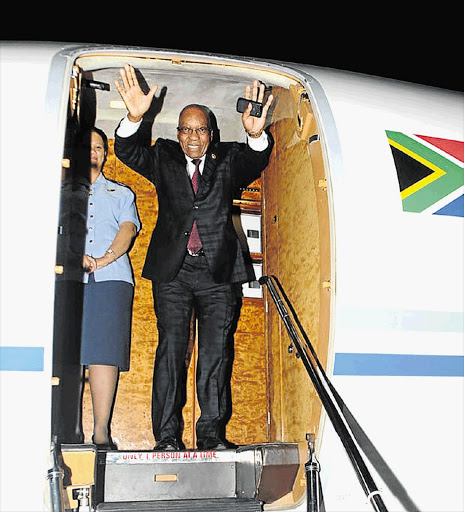 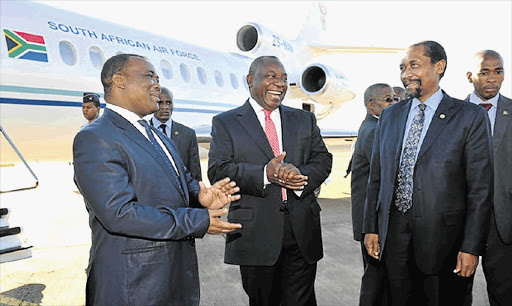 The cost of keeping ministers and their deputies has ballooned to unprecedented levels. It costs taxpayers at least R4.4-million a day to keep President Jacob Zuma's executive running.

An analysis of all the benefits to which Zuma's 74 ministers and deputy ministers are entitled to shows that the state spends a minimum of R1.6-billion a year - or a monthly average of R133.7-million - maintaining the executive.

The costs come against repeated calls from Finance Minister Nhlanhla Nene and his predecessor, Pravin Gordhan, for austerity measures to be introduced. The Ministerial Handbook is itself under review. A new version is before the cabinet but has not been adopted.

In reply to a parliamentary question from the Congress of the People about the size and cost of Zuma's expanding executive on Thursday, the Presidency stated: "The decision on the size and shape of the executive takes into account the assessment of performance of the previous administration, priorities of the new administration, the balance in the expertise required to deliver on the priorities and the need to ensure continuity."

What Zuma Costs the Country:

Zuma's personal costs are responsible for a significant percentage of the total. The security upgrades to his private residence at Nkandla account for R246-million, but outside of that, the Spousal Support Unit costs an average of R10.9-million a year to maintain and his flights (the VIP squadron and helicopters used to ferry him between Nkandla and his official residence in Durban) cost at least R60.8-million a year.

His VIP protection costs, too, are disproportionately large. The analysis does not include Zuma's legal costs, many of which have also been borne by the state.

The biggest costs emanating from the handbook are support staff (R291.6-million) for each ministry. Each minister is afforded 10 support staff, including positions such as chief of staff, appointments secretary, driver and media liaison officer. The total reflects only nine positions, however, as the 10th applies only to those ministers that oversee two departments. Deputy ministers are entitled to six support staff members.

Many of the ad hoc costs associated with the executive have not been widely reported on. According to the 2011 National Estimates of Expenditure, "an executive military health facility that will service the president, cabinet, and VIPs from outside countries is also being provided" - at a cost of R62-million.

Elsewhere, that budget states that R103-million was being set aside for "the construction of office blocks that will accommodate South African Police Service security personnel who provide security to Bryntirion estate residents".

Bryntirion Estate is the home of official ministerial residencies in Pretoria. It includes at least 15 tennis courts and a nine-hole presidential golf course. The area covers about one square kilometre and, in 2007, was surrounded by a R90-million security fence.

The expansion of the cabinet has forced the state to purchase new residences for ministers, who are entitled to two - one in Pretoria and one in Cape Town. In 2011, then-minister of public works Gwen Mahlangu-Nkabinde revealed in reply to a parliamentary question from the DA that 15 homes were bought in the exclusive Pretoria suburbs of Waterkloof and Moreleta Park for about R68.2-million, and 19 homes were bought in Cape Town at a cost of R115.7-million. About R93-million was also spent on an official residence for the deputy president.

Other big costs include security at each private residence (R253-million, including the upgrades at Nkandla) and a vehicle allowance (each member is entitled to a car allowance for two cars, equivalent to 70% of their annual salary).

In justifying the costs, the president also stated on Thursday, in reply to a parliamentary question: "It should also be noted that, whereas the work of government in the previous administration was organised around 12 outcomes, we have increased this to 14 outcomes, taking into account the priorities in the National Development Plan." Further: "We have no doubt that the executive we have put together will be able to deliver on the goals of the NDP and in particular the specific issues raised in the question."

One of the hidden costs associated with the executive is the Prestige Management Unit, located in the Department of Public Works.

The 2012 Estimates of National Expenditure states: "Prestige Management funds the allocation for activities relating to ministers and deputy ministers' residences."

It has only recently (in 2010) been given its own line item in the national budget. Its primary focus is on ministerial residences, but it also provides for the upkeep of parliamentary residences for all MPs.

Among other costs borne by the department is furniture. In 2011, the amount spent on the "Prestige Furniture Budget" for that year was just over R2-million for ministerial and presidential residences.

How we reached the totals

The commission for the remuneration of public office-bearers, the national estimates of expenditure and the medium-term budget policy statement were used to cost benefits set out in the Ministerial Handbook. Where it was not possible to reach an exact amount, the lowest estimate was made, with the exception of the vehicle allowance and security at private residences, which represent the maximum budgeted for.

As regards private security, an average was worked out using the fact that 92% of the VIP protection and static and mobile security budget is spent on salaries and, in the case of VIP protection, each minister was assigned three protectors (including a driver) and each deputy two. For mobile and static security, each minister was assigned four and each deputy three. The president and deputy were assigned 10 each in both cases. Support staff costs were calculated using the lowest notch on the salary scale.

Parliamentary questions, the national estimates of expenditure and the medium-term budget policy statement were used for ad hoc costs assigned to the executive. As some costs were a once-off (Nkandla and the purchase of new ministerial residences, for example), they have not been projected forward when calculating the five-year total.