Alex to get a R22.2 million new clinic 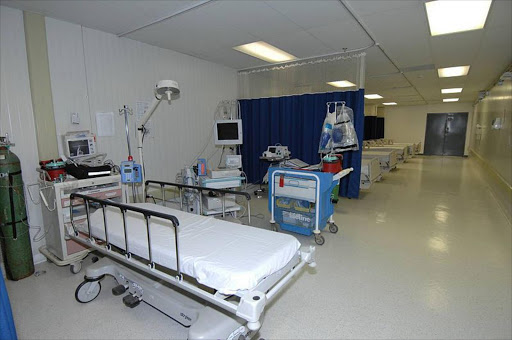 In a bid to shed the pressure off the existing clinics in the Alexandra area east of Johannesburg the City of Joburg is planning to build a new clinic in the area.

Joburg City has set aside R22.2 million for the project.

“There has been massive human settlement development in the Tsutsumani and Lombardy area.The clinic will provide comprehensive Primary Health Care and will also enhance health care as there is no health facility within the 5 km radius in the newly developed area and people have to commute to get to the nearest facility or facilities.” Said spokesperson for the City of Joburg Nkosinathi Nkabinde

The Riverpark clinic that is being funded by the city which is set to be completed in December 2015 will include state of the art equipment.

“The project is funded by the City through the Urban Settlement Development Grant (USDG) will be officially handed over to the contractor by tomorrow and we envisage that the construction will be completed by the end of December 2015,” said Nkabinde.

The project will also see local job creation as 15% of the construction funds will go towards the city’s Jozi@work programme which involves small, micro and medium enterprises [SMMEs] as part of local empowerment and government’s radical transformation of the economy.

The clinic staff will comprise of one medical doctor and nurses.

In addition to the construction of the new clinic , the Thoko Mngoma and 4 avenue clinics will be undergoing an majour upgrade as the workload in these facilities has increased and they are unable to cope.

“Currently the facility is too small to accommodate the increasing workload.  The professional team will be appointed during February 2015. Vision is that a wing will be added with more consulting rooms, treatment and emergency rooms,” said Nkabinde.

The 8 avenue clinic that was vandalized during last year’s general elections is also said to be up and running after it was set alight during political disputes in the area.