DA to lay charges against police 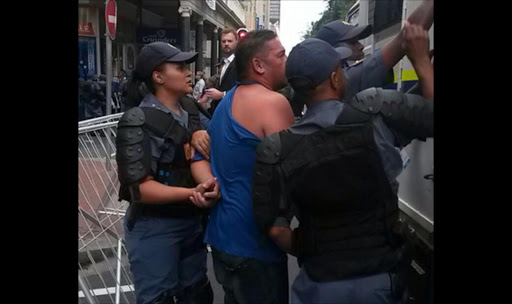 DA MP Marius Redelinghuys was arrested together with at least four other DA members.
Image: DA via twitter

The DA would lay charges against the police after their members were allegedly assaulted and manhandled during their arrest outside Parliament, the party said on Saturday.

"The five arrested members had varied injuries including bruises, cuts, fractured ribs and back and neck pains."

Party spokesman Marius Redelinghuys and Cape metro chairman Shaun August were among those arrested during a protest on Thursday ahead of the eighth state-of-the-nation address by President Jacob Zuma.

The party members faced charges of public violence and taking part in an illegal gathering.

They were released on bail on Thursday.