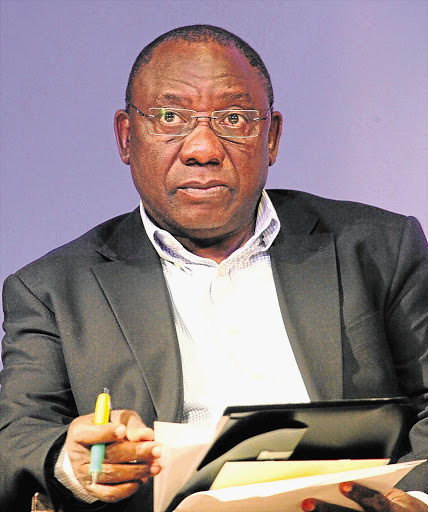 Sub judice refers to matters prohibited from public discussion as they are before court.

The meeting with party leaders was aimed at creating a "conducive environment" for Parliament to conduct its business, Parliament said in a statement.

"It was acknowledged that certain matters are currently before the courts and that those processes should be respected."

Earlier on Wednesday, Deputy President Cyril Ramaphosa declined to answer a question in Parliament on signal jamming during the February 12 state-of-the-nation address, saying the matter was before the courts and sub judice.

Ramaphosa told MPs he had received legal advice not to respond to the question until the court cases were over. DA Chief Whip John Steenhuisen accused him of hiding behind the sub judice rule.

The sub judice rule also arose in a separate meeting requested by Sanef, where signal jamming and the parliamentary broadcast feed, which was disrupted during the state-of-the-nation address, were discussed with the presiding officers.

"Both issues are the subject of court proceedings being brought by the Sanef and which Parliament is defending.

"The meeting was, therefore, not in a position to discuss the issues at this stage but it was agreed discussion could occur once court proceedings were concluded."

The presiding officers reiterated their disapproval of the signal jamming.

Parliament said: "There is broad agreement among the parties that the current political climate needs to be improved to enable Parliament to carry out its constitutional mandate."

According to Parliament, Sanef accepted the presiding officers' assurance that the media had not been the target of the signal jamming and welcomed the spirit in which the discussions took place.