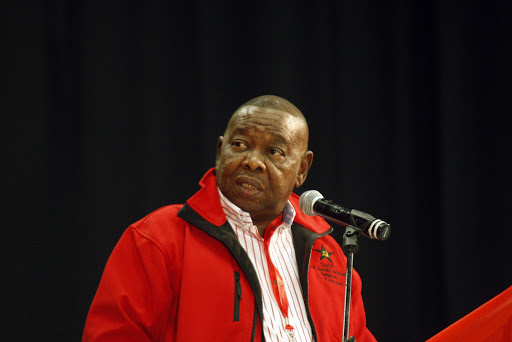 Simultaneously‚ he hit out at institutions that used Afrikaans as a primary language of teaching.

Many challenges confront the tertiary education sector despite significant advances in the past two decades‚ the Minister told the higher education transformation summit under way in Durban.

The proportion of African students in universities has increased dramatically from 49% in 1995 and is estimated to 72% at present‚ the Minister said.

Women‚ who were previously a minority‚ now outnumber men in higher education‚ he added.

Despite this‚ he said‚ “racism and discrimination still persist in universities and make life difficult for many students and workers‚ and even unbearable for many”.

“Conditions in residences in some historically white campuses are of particular concern where cultures of intolerance and exclusion prevail‚ and universities must do more to tackle this creatively and in a non-defensive manner‚” Nzimande said in a prepared speech.

“Institutionalised racism also prevails in many contexts‚ and is often invisible to those who are secure in their positions.

“Underprivileged‚ mainly black‚ students do not perform as well as their fellow students from wealthier families and better-off schools‚ even when they study in the same universities. The reasons for low success and high drop-out rates are multi-fold and include problems associated with inadequate funding‚ poor student accommodation and living conditions and inadequate academic preparation for university studies.

“Most poor students are studying in a language in which they are not sufficiently fluent. This problem is aggravated in institutions which are primarily Afrikaans medium.”

While acknowledging that the issue of language is a complex one‚ the Minister said: “All of our 26 universities must … make it their business to support the learning needs of the majority of our population who have been denied access to education in the past”.

“Language policies or practices which exclude black students are not acceptable.”

Nzimande said the study of African languages was an important curriculum issue.

Dealing with the contentious issue of government’s funding for tertiary institutions‚ which has led to several demonstrations in various parts of the country as students protest against the cost of education‚ the Minister said: “Our fiscus is limited. I acknowledge that although the subsidy for universities has increased‚ it has not kept pace with inflation... We recognise that the situation is precarious and difficult for many institutions”.

“We are in the process of modelling various possible funding scenarios.” Once this was completed‚ it would be published for final consultation‚ he said.

The Minister spoke out against the violence that has accompanied some of the protests.

“Violence is unacceptable in the public institutions that we are trying to build to serve our nation‚” he said. “Violence and destruction is unAfrican and therefore contrary to building our institutions as African universities.”