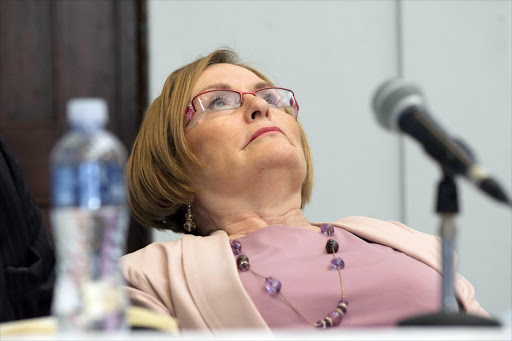 There was high police visibility as members of the Ses'khona People's Rights Movement gathered in Keizergracht Street in Cape Town on Thursday.

Supporters arrived by the busload for the group's anti-racism march, in which the group plans to take to the streets of the CBD.

"She is not welcome here. She must go back where she came from."

Zille was actually born in Hillbrow. Her parents fled Germany in the 1930s to avoid Nazi persecution.

As the mother of the Mother City, she is not delivering, Stellenboom said.

"Our people in the Western Cape are dying on a daily basis," he insisted.

"If they won't allow us to march in Cape Town, they won't work in the rural areas."

This after authorisation was not granted for the group to move through the streets to the DA's Mill Street offices.

Officers in full riot gear were keeping watch as the crowd grew.