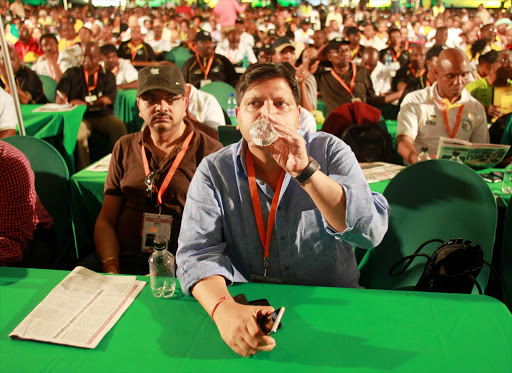 Oakbay Investments, the holding company for the Gupta family's businesses in South Africa, on Friday strongly denied all reports that the Gupta brothers are leaving South Africa and relocating to Dubai.

In an emailed statement to Fin24, a spokesperson for Oakbay Investments said the company is pursuing legal action against those publishing "these false allegegations".

Africa Confidential on Friday reported that sources in the ruling African National Congress had said the Gupta brothers - Ajay, Atul and Rajesh - are in the process of moving to Dubai in the United Arab Emirates.

"It is categorically untrue that the Gupta family are leaving South Africa and relocating in Dubai," the Oakbay spokesperson said.

He said Oakbay Investments has a strong track record of business success and has reinvested all profits in South Africa.

The Gupta family has increasingly been in the news lately because of their business ties with President Jacob Zuma's son Duduzane, and the alleged influence they have over the president.

The latest deal making news headlines was the Competition Tribunal's approval last month of the merger between Optimum Coal Mine and Tegeta Exploration and Resources, whose shareholders include Duduzane Zuma and the Gupta family.

Tegeta agreed to buy Optimum for R2.15bn in December 2015 after Glencore had placed the mine under administration because it said it couldn’t make a profit as a result of the terms of a coal supply deal with Eskom.

According to a Bloomberg report, Tegeta is 64% owned by by Mabengela Investments, which in turn is 45% owned by Duduzane Zuma. Tegeta is a joint venture between the latter and Oakbay Investments.

The merger was approved with a condition that prohibited “merger specific retrenchments” and imposed a set of “monitoring conditions” on the parties.

Aside from employment concerns, the tribunal found the merger was unlikely to lessen competition in the market “as they were relatively small players when compared with rivals such as Anglo American and Exxaro Coal”.

Nazeem Howa, CEO of Oakbay Investments, said following the tribunal's approval that Optimum's future sustainability is "very important for Tegeta Exploration & Resources" and that the company is "looking forward to announce its strategy for the business going forward”.

Oakbay said on Friday the Gupta family members are proud to be South African and have been in the country since 1993.