Staff were withdrawn from two voter registration stations in Khayelitsha, Cape Town, on Saturday morning after a group of protesters apparently tried blocking the entrances. 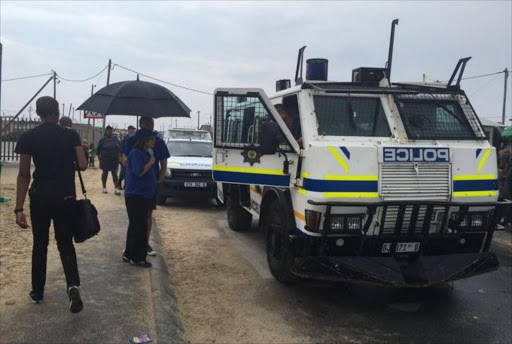 “The staff was there but we withdrew them on the basis that it was not conducive to their safety,” said Western Cape Independent Electoral Commission of South Africa (IEC) spokesperson, Trevor Davids.

The IEC made the decision on the recommendation of police in the Kuyasa area.

He said residents were making use of the registration station to voice their discontent and that the protest was not aimed at the IEC.

Photos on social media showed burnt materials outside the gate of a station.

Davids said registration was running smoothly in the rest of the province.

He said there were concerns that road closures for the 2016 Cape Town Cycle Tour would affect access to stations on Sunday. Staff at some stations would be there earlier. Davids encouraged residents in affected areas to register on Saturday if possible.