Malema 'barrel of a gun' threat is 'inflammatory, treasonable and seditious': ANC

The ANC has responded to Julius Malema's statement on al Jazeera stating that the EFF would remove the government "..through the barrel of a gun." 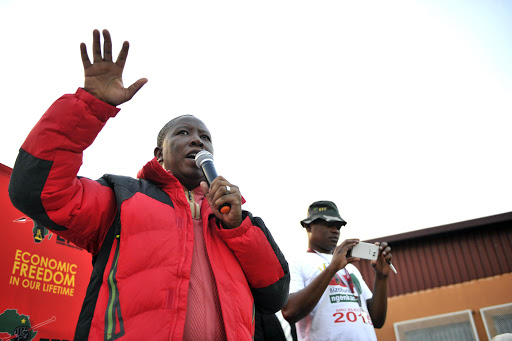 Here is the ANC's response:

The African National Congress (ANC) notes with extreme concern the remarks made by EFF leader, Mr Julius Malema, in a widely publicised media interview with the Al Jazeera Network aired on 24 April 2016.

Mr Malema told Al Jazeera that 'they' would remove the South African government "..through the barrel of a gun."

These remarks are a call to violence, are inflammatory, treasonable and seditious and should be treated with extreme seriousness.

They also are in clear violation of the Electoral Code and the Charter on Elections Ethics signed by a number of political parties - including the EFF, last week. In signing this Charter, parties committed to upholding and promoting Constitutional values, alongside the Elections Code.

These reckless utterances display a shocking lack of judgment on the part of the leadership of the EFF who have a duty, together with all political parties, to ensure their membership abides with the laws of the land. The remarks made by Mr. Malema are a clear incitement to people to commit acts of violence, which is against the laws of the Republic.

The ANC calls on state authorities to urgently investigate this matter and act against such conduct.