Zuma must face 783 charges of corruption in court after #spytapes ruling: Maimane

The Democratic Alliance is celebrating a High Court ruling critical of the National Prosecuting Authority's decision not to prosecute President Jacob Zuma for the 783 charges of fraud, corruption and money-laundering just prior to being elected ANC president. 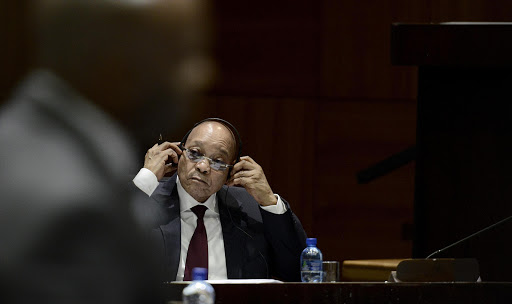 President Jacob Zuma listens during a debate at the official opening of the National House of Traditional Leaders at the Tshwane Metro Council Chamber in Pretoria. File photo.
Image: Sizwe Ndingane

"This finding by the court is an overwhelming victory for the Rule of Law, and the NPA must now immediately continue with the 783 charges of corruption so that President Zuma can finally have his day in court," DA leader Mmusi Maimane said in a statement.

Maimane said the ruling substantiated the party's view that the decision to drop the charges was made with an ulterior political motive.

"In the absence of any legitimate factual or legal reasons, the DA is led to believe that these charges were dropped for political purposes: a political solution needed to be found to drop charges against a person who was about to become President, and the Spy Tapes provided the convenient excuse," Maiimane said.

"Despite it being an absolute outrage that President Zuma has, for almost six years, used taxpayer’s money to bankroll his opposition to the release of the Spy Tapes, he will be held to account as the law and due process demand.

"President Zuma must finally come to the realisation that he is not above the law.

"The NPA must regain respect of the people, act expeditiously and continue with the 783 charges of fraud, corruption and money-laundering against Jacob Zuma," Maimane said.

The NPA's decision to drop the charges, taken in April of 2009, allowed Zuma to run for president.

National prosecutor Mokotedi Mpshe's decision at the time was based on phone intercepts presented by Zuma's legal team that suggested the timing of the charges against Zuma in late 2007 may have been part of a political plot against him.

However, Judge Aubrey Ledwaba said Mpshe's thinking and behaviour was irrational, especially his failure to disclose his decision to prosecutors until the moment he announced it to the nation at a news conference.

"If the decision had been rational and above board, why the secrecy?" Ledwaba said.

The ruling adds pressure on Zuma, who has faced calls for his resignation even from within inside the ruling African National Congress since a damning constitutional court judgment against him last month.

South Africa's rand rose towards a four-month high after the ruling, while government bonds also firmed.

"Mr. Zuma should face the charges as applied in the indictment," Ledwaba said, summarising the unanimous ruling.

It was not immediately clear whether Zuma would appeal.