Do not report negative stories, do not question Zuma says Hlaudi Motsoeneng 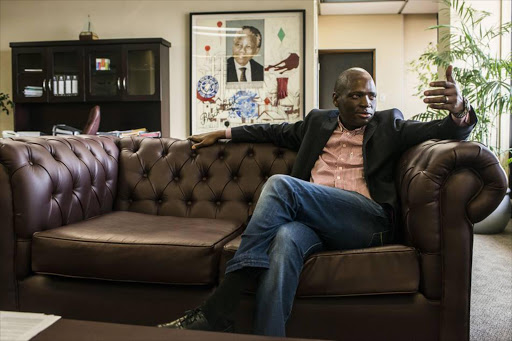 SABC's Hlaudi Motsoeneng supposedly signing off on deals that have not been advertised
Image: Supplied

Eight employees facing disciplinary hearings at the South African Broadcasting Corporation (SABC) have gone directly to the Constitutional Court over the public broadcaster’s “protest policy“‚ saying SABC journalists are being forced to choose between acting lawfully or losing their jobs.

Increasing concerns about the SABC’s editorial independence reached a tipping point when the SABC announced that it would not cover violent protest action showing the destruction of public property.

While a court case over the protest policy has already been launched in the high court‚ economics editor Thandeka Gqubule and seven others have approached South Africa’s highest court directly‚ saying the SABC has already shown it will delay and frustrate resolution of the dispute “by resorting to extensive and costly litigation ... at taxpayers’ expense”.

According to the application, Motsoeneng said the following at a workshop on the local government elections:

You can read the full article on the Finanacial Mail.

You can see the full court application here.