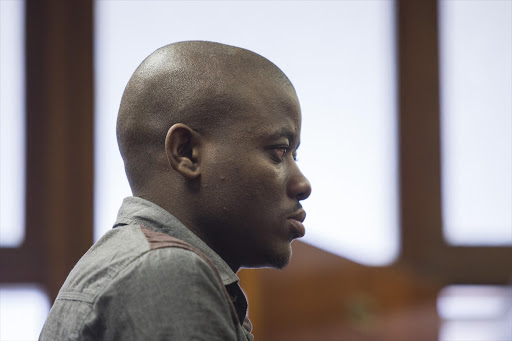 Khanyile was arrested during often violent free education protests in September. He has been denied bail by the Durban Magistrate’s Court on two previous occasions‚ but has appealed the decision the High Court in Pietermaritzburg.

Judgment in his appeal will likely be heard on Thursday.

In the Pietermaritzburg court on Tuesday‚ Judge Nkosinathi Chili adjourned the case to Thursday.

Phiwaba Madokwe‚ EFF Student Command spokeswoman‚ said that student activists who gathered at the court were hopeful that Khanyile would have been granted bail the same day. But she said despite the adjournment‚ they were happy with the court’s attitude.

“Thought today we would go home with him. But we’re happy with the court. . . We’re hoping that on the 22nd he will be released on bail.

“What he’s done is no different from other student activists. But he’s being punished . . . it’s like an example must be made of him. Some people done much worse things‚ but they were able to get bail.

“That’s why we are placing our hope in the judiciary. It’s the one institution that hasn’t been captured.

“We want him to go to his family‚ to go back to his kids‚ to spend Christmas at home‚” she said.