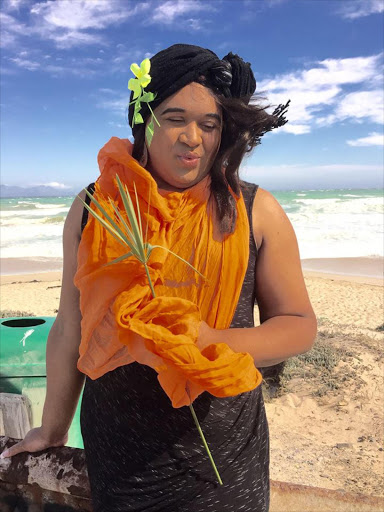 A guest-house owner's costly ordeal with a drag queen‚ who is a Western Cape MEC’s informant‚ has come to a bittersweet end.

Hendricks allegedly told De Bruyn that he was in the area on “official business” for Western Cape MEC for Community Safety Dan Plato and that Plato would foot the bill.

De Bruyn also claimed that Hendricks also took his wife's 2011 Chevy Cruise. He reported the theft of the car to the police.

Hendricks was arrested by police in December after more than three months on the run from correctional services for contravening his parole conditions.

Plato told TMG Digital last year that he knew Hendricks was at the guest house but would not say whether he knew he was on the run.

On the evening of December 11 De Bruyn got a phone call from a man saying he had the car. They met at the police station and the man wrote an affidavit about how the car came into his possession.

He then handed De Bruyn the keys to the vehicle‚ which had been badly damaged. De Bruyn said Hendricks allegedly befriended the man and his wife in Knysna and they bought him a bus ticket to Cape Town. “Queenie left the car at a road cafe somewhere between Knysna and Plett and gave the keys to them and told them to go fetch the car‚” he said.

Correctional services spokesperson Carla Williams said Hendricks was still incarcerated at one of their facilities but would not say whether he would be transferred to George for the vehicle theft case.

But de Bruyn is grateful that the car is back.