Transform higher education system‚ do not destroy it: Nzimande 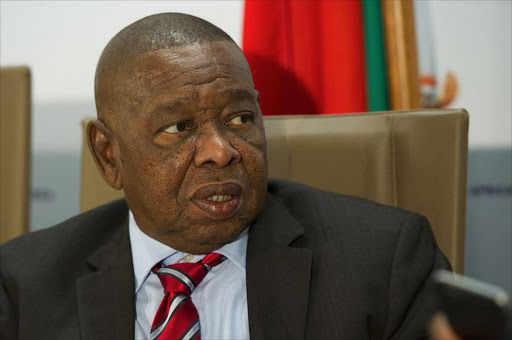 Minister of Higher Education and Training, Dr Blade Nzimande briefs members of the media on his recommendations for the 2017 fees adjustments for universities and TVET colleges. File photo
Image: GCIS

Instability is fast eroding the public higher education system‚ with applications to private institutions reaching an all-time high‚ parents sending their children abroad to study and academics turning down appointments at local institutions.

Higher education minister Blade Nzimande said his department has been told applications to private higher education institutions have shot up this year‚ significantly more than at any other time‚ due to instability in the public sector.

He said the cost of damage to universities’ infrastructure during the wave of fees must fall protests had reached R7-billion.

“Some parents‚ rich parents‚ are beginning to send their children overseas. Some of the academics who have accepted appointments in SA universities are turning them down because they see the system has been very unstable‚” he said.

The minister further lamented that some governments from other African countries who have been sending their students to SA are diverting them now to other countries.

He said it was a pity as the country's public higher education sector had a good continental and global reputation.

“...we must transform but not destroy our public education system‚” he cautioned.

Speaking in Pretoria on Thursday‚ Nzimande said the instability was a huge concern to him because the African continent was dominated by private universities‚ some good and very expensive‚ which made them inaccessible to the poor and working class.

“...then you have fly-by-nights‚ which is where the poor goes‚ with poor degrees‚ which means they do not get employed anywhere‚” he said.

The minister pleaded with student leaders who were genuinely concerned about the public higher education system to ensure that there was no harm to the system as it would be disastrous to the children of the poor and the working class.

“This is the year in which we hope that the issue of fees will be addressed in one way or the other. The commission that is dealing with the fees is reporting this year and other initiatives that the government has taken‚” Nzimande said.

He pleaded with students to give these processes a chance.