President Jacob Zuma’s son‚ Edward‚ has launched a scathing attack on Finance Minister Pravin Gordhan‚ accusing him of having “shares everywhere”‚ using his connections to make a profit and trying to sell South African Airways to a relative. 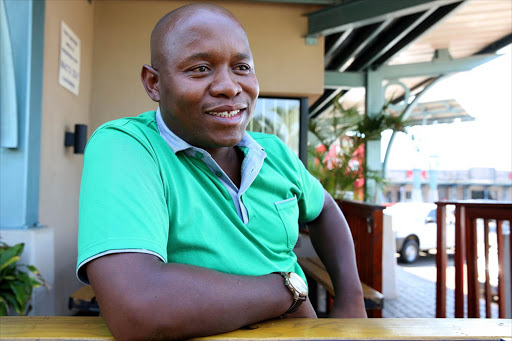 says he is confident about his own legal foray
Image: THULI DLAMINI

Edward Zuma did not provide supporting evidence for his allegations.

In a statement issued on Friday morning‚ Edward said: “I want to air my view on how brutal and greedy some of our leaders have become as they clearly don't have the interests of the people [at heart]. These leaders are in government‚ private sector‚ religious leaders‚ civil societies and many other structures of the country.

"These greedy people don't give a damn about the livelihoods of the people of this country whatsoever; they are thieves who are sucking the wealth of this country using their relationships with these leaders who in return have business interests in almost everything that is profit making.

“For example‚ Pravin Gordhan‚ our much-loved finance minister‚ has shares everywhere and there are those that don't see anything wrong with that but rather turn a blind eye because the country is being threatened by the unprogressive and questionable rating agencies.”

In his letter‚ which he signed off as being in his personal capacity‚ he accused “Pravin and company” of continuing to sell and privatise state-owned enterprises and companies to their friends and masters – “and they again hide behind profitability‚ yet they deliberately run down these institutions so as to sell to their friends or children as has been seen at the SAA debacle.”

He continued: “They tried to sell SAA to a company where Gordhan’s relative or daughter has interests. What a coincidence. And that plan is still on‚ led by Pravin himself‚” he alleged.

Edward claimed that Gordhan and his deputy Mcebisi Jonas – who famously accused the controversial Gupta family of offering him R600-million to “work with us” – were using the Public Investment Corporation (PIC) as their own playground.

“They are also in charge of the PIC under the chairmanship of the holy Mcebisi Jonas‚ Gordhan’s partner in business and colleague in government. This institution… is their base and playground for total control and capture of the country‚ as the likes of Shoprite Checkers‚ Bidvest‚ white fund managers and many more Jewish-based entities are running the show without interference from government and with the help of the government officials who have shares in the companies that get money from the PIC‚” he said.

“If they dispute my assertion‚ let's go public. I will expose all this‚” said Edward.

It was not only Gordhan who received a lashing. Former president FW de Klerk also felt his wrath.

“Civil servants' funds are misused at the blessings of these people and yet they don't want to increase people's salaries‚ but companies that benefit from workers’ funds pay their executives bonuses of millions of dollars. Time will tell as I have always been saying again that we are sitting on a time bomb. There comes a time where we will be fed up with these people.

“The sad thing is they will not be around the country to witness that anger but will be in their Caribbean villas‚ like FW de Klerk who has all of a sudden become a good governance guru in spite of stealing money to buy an island under his Greek wife. He must shut up and enjoy the cash he stole from government‚" Edward alleged.

“As all his administration was about corruption and looting of state funds as it had become clear that power was shifting and his cabinet facilitated transactions‚ like the ABSA scandal that we see today. So De Klerk is the last to be telling us where South Africa is or should be going‚” (sic)‚ he said.

De Klerk's office is also being approached for their reaction to the allegations.