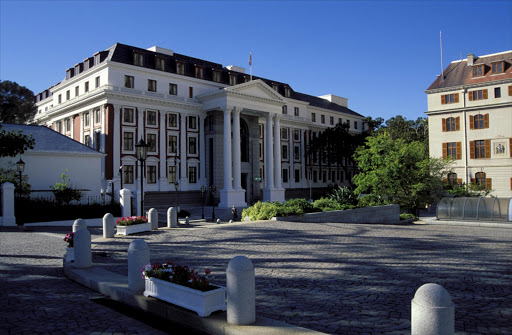 The Democratic Alliance will table a bill before parliament to challenge the ANC’s Hate Crimes Bill‚ which it believes “introduces unjustifiable limitations on the enshrined right to free expression”.

The announcement was made by DA leader Mmusi Maimane in Cape Town on Sunday‚ at a briefing of the party’s first Federal Council of the year.

The ANC’s Prevention and Combating of Hate Crimes and Hate Speech Bill will create offences for several forms of discrimination including on the basis of race‚ gender‚ sexual orientation and nationality.

But Maimane believed that the need to combat hate speech had to be balanced with the right to freedom of expression.

“It is our view that the ANC’s Hate Crimes Bill does not tackle hate speech in a manner which is envisaged by our constitution‚” he said.

“The Bill goes well beyond the limitation of rights clause in section 36 of the constitution‚ and for this reason we believe it will not pass constitutional muster and should be struck down.”

The DA Federal Council had also decided to reject the Mineral and Petroleum Resources Act due before parliament this year‚ which it said would “kill jobs” in the mining sector.

Chairperson of the party’s Federal Council James Selfe said the party would also be following up on a number of legal matters including the state capture report‚ as well as considering approaching the courts over the Independent Electoral Commission’s ability to deliver free and fair elections.

On Friday the DA filed court papers at the Western Cape High Court to declare the presence of the army in the parliamentary precinct‚ and “excessive” security arrangements for the state of the nation address‚ unconstitutional.

“We are not convinced at this stage‚ that the IEC‚ as it’s presently constituted‚ has either the power or the ability to deliver an election which is truly free and fair‚” Selfe said.

“We want a court to determine the appropriate conditions for such an election‚ and for parliament to pass such legislation.”

Maimane will undertake a countrywide tour as part of the DA’s “rescue mission” for what it calls the “Lost Generation” in the coming weeks. Maimane will speak to South African’s between the ages of 15-24 on the party’s plan to ensure skills for jobs and rapid growth in the economy.

ANC spokesman Zizi Kodwa could not be reached for comment.