Smaller parties will feel the pain in Nquthu by-election 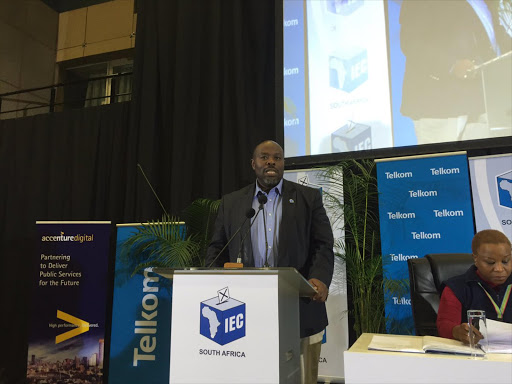 The provincial government dissolved the troubled 33-member northern KwaZulu-Natal municipality this week. This followed a sustained six-month period of repeated failed attempts elect its office bearers‚ a tenure marred by a string of litigation from the aggrieved councillors.

Political analyst Thabani Khumalo said the implication by-elections historically has been the low voter turnout that is often detrimental to smaller parties as they do not have the capacity and resources to fight mid-term elections.

"They also get hurt a lot as the hype dies down compared to the election season‚" said Khumalo.

Spokesman for the IEC Thabani Ngwira said previously when a municipality had to be reconstituted after dissolution‚ voter turnout is usually not high at by-elections.

"I don’t have statistics at hand but in November 2014 we had a by-election in Mooi/Mpofana after that municipality had been dissolved and the voter turnout was not as high as that of 2011. This was the case again with Mtubatuba following the dissolution and reconstitution of the municipality in 2015‚" said Ngwira.

"By their very nature‚ by-elections do not have a higher voter turnout and there’s usually no excitement similar to that of actual scheduled election‚" he said.

Ngwira said another factor would be that as per the Tlokwe judgement‚ they now have to verify the voters’ addresses and this could eliminate those whose addresses do not appeared on the voters roll within the municipal jurisdiction.

The judgement last year compels the IEC to verify information of each eligible voter.

"If you do not appear on the voters' roll and your address is not there‚ unfortunately you will not vote. We will however conduct a major campaign to encourage the people to register for voting and to verify their information‚" he said.

Two of KwaZulu-Natal’s big opposition parties‚ the DA and the IFP have laid the blame squarely on the ANC’s politicking for the stalemate.

The IFP’s Blessed Gwala expressed shock at the dissolution on Monday‚ saying the KZN cabinet have taken such a decision "because since the first council meeting the ANC has been the cause of disruptions of all meetings convened to inaugurate the Nqutu Council‚".

"We will go to the polls kicking and screaming and we will contest the elections since we have no other option. I am surprised that the ANC chose to ignore the letter I wrote to the ANC provincial chairperson‚ Mr Sihle Zikalala wherein I suggested that we meet in a five-a-side to discuss the impasse and find a more reasonable solution‚" said Gwala.

He said it was obvious that the ANC had chosen to implement a decision that it had taken a long time ago.

"This impasse is not about Nqutu but about the R90-million water services tender in the Umzinyathi District Municipality about which a decision has been already been taken on who it will be awarded to‚" he said.

While the DA accepted the dissolution and the re-run of the Nquthu elections‚ the party said the municipality has been dysfunctional because the ANC simply undermined the sittings of council‚ and disrupted the business of council.

DA’s Sizwe Mchunu said all the while‚ Nquthu has been racking up the costs of paying councillors without a single successful sitting of council.

"While we cautiously welcome this move as it can finally repair governance in Nquthu‚ it is clear that the MEC has chosen this solution as a last resort‚ because she failed to resolve the ANC internal battles which to date have rendered the municipality dysfunctional… we believe that after fresh elections‚ the DA will be central in the formation of a new people-centred government in Nquthu‚" he said.