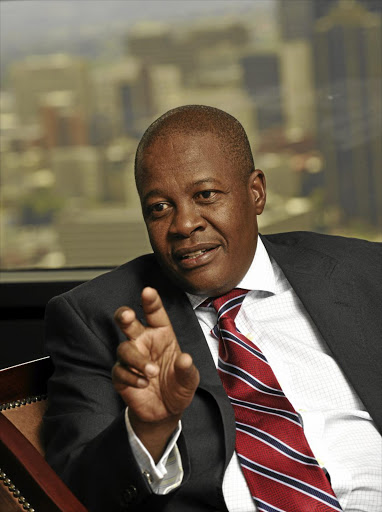 Former Eskom chief executive Brian Molefe will soon be sworn in as an MP - a move that is likely to fuel speculation about a pending reshuffle of President Jacob Zuma's Cabinet.

Parliament confirmed on Friday that Molefe had been nominated to "fill a vacancy on the North West list of ANC Members of Parliament‚ which is depleted".

But parliament spokesman Moloto Mothapo would not say when Molefe would be sworn in.

"We don't know as yet. At an appropriate time‚ Parliament will make an announcement. It will either be done privately‚ in the Speaker's office‚ or on the floor [of the National Assembly]‚" he said.

The Sunday Times reported last month that the North West ANC had forwarded Molefe's name to Luthuli House. Molefe resigned from Eskom after details of his relationship with the controversial Gupta family were laid bare in the public protector's state capture report.

Moelefe's swearing in as an MP would make him eligible to be appointed to Zuma's Cabinet. Speculation is rife that Zuma's backers want Molefe to replace Finance Minister Pravin Gordhan.

Such a move would have the support of the ANC Youth League‚ which on Friday called for Gordhan's removal. The league accuses Gordhan of shielding “white monoply capital” at the expense of “radical economic transformation”.

“There must be restructuring of treasury administration and management starting with the re-deployment of comrade Pravin Gordhan‚” read the league's national executive committee statement.