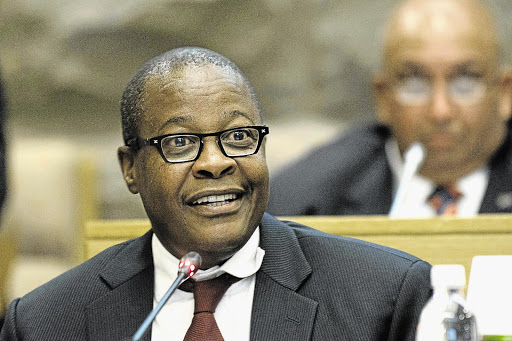 An African National Congress member of Parliament was "pushed out" to make way for former Eskom chief executive officer Brian Molefe to be parachuted into the National Assembly.

City Press reported on Sunday that ANC MP Abram Mudau was among office bearers who were allegedly forced to sign post-dated resignation letters.

Molefe will be sworn in on Wednesday. There is speculation that he will be given a cabinet position.

The Sunday Times reported on Sunday that a day after it became known that Molefe was heading to Parliament‚ the ANC ordered Mudau to vacate his seat.

Mudau‚ however‚ told the newspaper this week that he had “stepped down voluntarily” due to injuries sustained during a 2013 brawl in Tlokwe.

Questions have been raised about the status of Molefe’s membership of the Hartbeespoort branch of the ANC. “We don't know him .... We did not nominate him for parliament‚” Christina Mululu‚ Madibeng municipality’s Ward 29 branch secretary‚ told the Sunday Times.