Encryption the way to go‚ says e.tv as it opposes Muthambi’s policy on digital migration 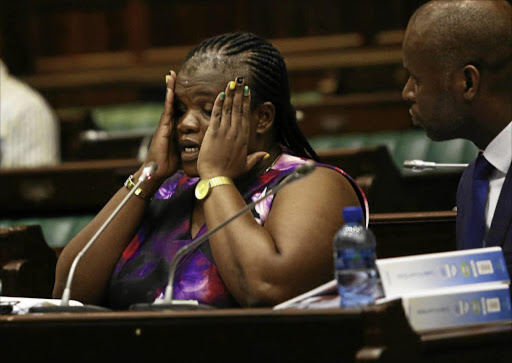 Free-to-air broadcaster e.tv believes having the ability to broadcast encrypted signals is fundamentally important to its business‚ the Constitutional Court heard on Tuesday.

The appeal court set aside Muthambi’s amendment of the Digital Broadcasting Migration Policy she made in 2015.

The amended policy said the set top boxes -- to be supplied by government to five million poor households to enable them to watch TV when the country migrates from analogue to digital broadcasting -- should not have the capacity to decipher encrypted broadcast signals.

The appeal court said Muthambi's amendment was irrational and in breach of the principle of legality as there was no process of consultation.

e.tv needs these set top boxes to have the capability to decipher the encrypted signals so that it can compete with pay-tv broadcasters in getting premium high definition content.

If the set top boxes do not have the ability to decipher encrypted broadcast signals‚ e.tv will be unable to purchase content from overseas suppliers‚ which sell encrypted content.

e.tv is opposing the application to set aside Muthambi’s amendment.

Steven Budlender‚ for e.tv‚ said the broadcaster had always maintained its support for encryption.

Earlier‚ Muthambi’s counsel Wim Trengove SC said the policy decision by Muthambi was not reviewable by a court.

Trengove said mere policy making did not constitute an exercise of public power.

However. Budlender said it was clear that government thought this was a policy that was going to be implemented.

Budlender said in answers sent by Muthambi to e.tv in 2015‚ it was clear that government was not going to spend money to ensure that the government-subsidised set top boxes had capability to decipher encrypted signals.

“Government’s policy is meant to be taken seriously‚’ Budlender said.

“Why does e.tv want to ride at the back of government? Why should government help you to make a lot of money?” Mogoeng asked.

Budlender said e.tv wanted to offer high-quality digital content which would not be possible to broadcast to millions if their set top boxes were not capable of deciphering encrypted broadcast signals.

Budlender said e.tv had indicated its willingness to contribute money to ensure that the set top boxes that were supplied would be able to decipher encrypted signals‚ but this could not be done after the boxes had been manufactured.

“This is about five million households who cannot access DSTV‚” Budlender said.