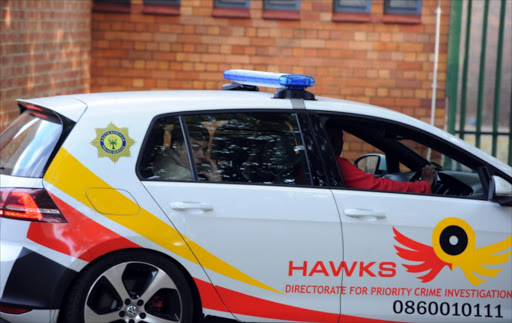 A Speaker in an Eastern Cape municipality has been arrested by the Hawks for suspected fraudulent activity.

Two Eastern Cape provincial traffic officers and a driving school instructor were also arrested for alleged corruption by the Hawks task team deployed to investigate allegations of corruption in Eastern Cape municipalities‚ the elite police unit said in a statement on Friday.

Brigadier Hangwani Mulaudzi said the team "pounced on a senior official at the Walter Sisulu Municipality for fraud and corruption".

"The suspect allegedly submitted subsistence and travelling claims using vehicle details of an unsuspecting member of the public."

The two traffic officials‚ from Maletswai Municipality in Aliwal North‚ and the school instructor from the same area were arrested for allegedly selling learner and driver’s licences.

"The three suspects are suspected to have raked in thousands of rands‚" Mulaudzi said. The arrests were made by the same team. Their investigations are ongoing.