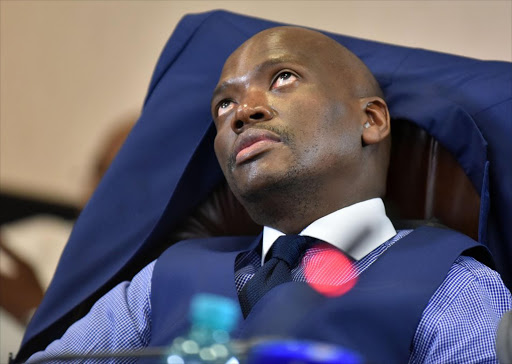 The Sunday Times reported in January that Motsoeneng and Sports Minister Fikile Mbalula's wife Nozuko - as trustees of two trusts – benefitted from a R1.3 billion spending spree by the Free State government meant to provide houses for the poor which were never built.

The civil rights organisation laid a criminal complaint at the Parkweg Police Station in Bloemfontein against officials‚ contractors and suppliers of the Free State Department of Human Settlements.

“This step follows after it came to light in a national newspaper in January 2017 that R400 million‚ which was earmarked for low cost housing‚ was unlawfully paid out to contractors in the 2010/2011 financial year. Two of the beneficiary contractors and suppliers are amongst others Hlaudi Motsoeneng and Nozuko Mbalula‚ wife of Fikile Mbalula (the Minister of Sport and Recreation)‚” said Afriforum.

“R1‚3 billion was made available by the National Treasury for low cost housing and the erection of 21 000 RDP houses. Court documents indicate that not a single house has been built up to now‚” said Pieter Myburg‚ AfriForum’s district coordinator for Bloemfontein on Thursday.

“We are no longer going to allow state officials to get away with fraud. Those stealing money from tax payers and leaving the poor without a roof over their head cannot get off scot-free‚” said Myburg. - TMG Digital