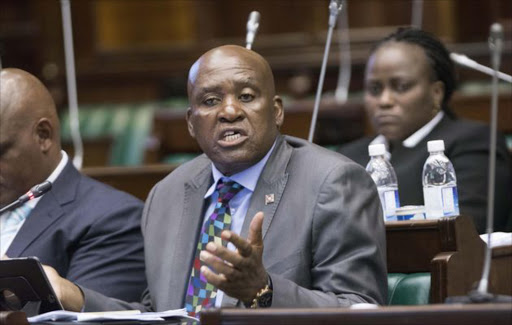 The High Court in Pretoria has ruled that the appointment of Berning Ntlemeza as head of Hawks is invalid.

Ntlemeza was appointed head of Hawks in December 2014 by Police Minister Nathi Nhleko.

The Helen Suzman Foundation and Freedom Under Law had brought an application for Ntlemeza’s appointment to be declared irrational and unlawful and set aside‚ asking the court to refer the appointment back to a selection panel for a new candidate to be chosen.

Their main argument was based on two high court judgments which found Ntlemeza to lack integrity and have been dishonest.

In March 2015 High Court Judge Elias Matojane ruled that Ntlemeza "lacks integrity and honour" and had made false statements under oath. He was acting Hawks head at the time.

Advocate David Unterhalter SC‚ for the applicants‚ previously told the court the two judgments were binding‚ saying the very significant determinations should preclude such a person occupying such a position.

“Findings can be appealed and they were never appealed against‚ therefore they are binding‚” he said.

The groups brought the application last year‚ but failed to convince the court that the matter was urgent or prove that Ntlemeza's continued stay as the head of the elite unit had the potential to cause irreparable harm.