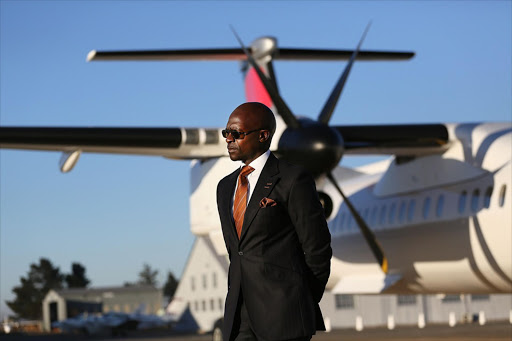 Malusi Gigaba has been appointed the new minister of finance in a much anticipated cabinet reshuffle.

Gigaba‚ who was appointed Home Affairs Minister in 2014 and previously served as minister of Public Enterprises‚ will now hold one of the most difficult positions in cabinet.

A former president of the ANC Youth League‚ Gigaba trained as a teacher and holds a masters degree in social policy.

In addition to keeping South Africa's debt from increasing and ensuring the SA Revenue Service collects sufficient taxes‚ Gigiba will now have the unenviable task of plotting SA's path to economic recovery.

Mcebisi Jonas is being replaced by Sfiso Buthelezi‚ who joined Parliament in March 2016.

At 45‚ Gigaba is among the younger generation of MPs to have risen in the ANC.

Gigaba is seen as a compromise candidate‚ as Zuma is said to have planned to replace Gordhan with former Eskom CEO Brian Molefe.

He was linked to the controversial Gupta family‚ who are close allies of Zuma.

Buthelezi is an economist by profession and attained his BCom degree while on Robben Island.

He obtained an honours degree at the University of Cape Town after his release‚ and later completed a master’s degree.

Since being sworn in as an MP‚ Buthelezi has served on the standing committee on finance.

He was the founding chairman of the National Gambling Board in 1999 and previously worked as Zuma's advisor when Zuma was economic development MEC in Kwazulu-Natal between 1994 and 1999.

Analysts say the two are likely to be under intense scrutiny due to the profile of the Treasury and the circumstances surrounding the removal of Gordhan and Jonas.

“The extent of the cabinet reshuffle‚ and the dramatic manner in which it was handled‚ is devastating‚” said Anne Fruhauf‚ vice president at New York-based risk adviser Teneo Intelligence.

“Gigaba and Buthelezi are both in the Zuma camp and the circumstances under which they have been appointed to the Treasury will cast a long shadow over their credibility.”

The rand extended its decline‚ falling to the weakest level against the dollar since March 10. The currency weakened 2.8% to 13.4129 per dollar by midnight.