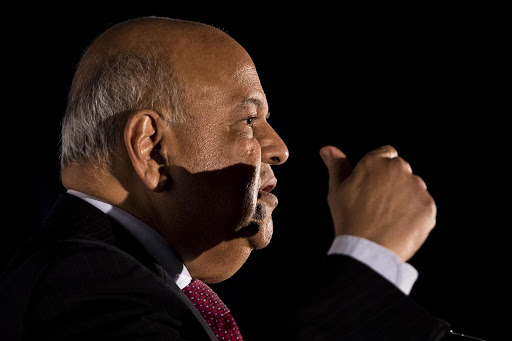 The axing of Finance Minister Pravin Gordhan was based on more than what some ANC top officials have labelled as a dubious intelligence report‚ Speaker of the National Assembly Baleka Mbete suggested on Sunday.

Addressing journalists at the OR Tambo International Airport‚ Mbete said Zuma presented some historic background on the situation with Gordhan during a meeting he held with several ANC top brass as well as those of the tripartite alliance.

“It was part of a package of issues that the President touched on as a background. We appreciated the fact that he took us into confidence as a head of state‚” Mbete said.

“He was thorough. He shared with us‚ not just‚ what I was hearing on radio‚ the specific report‚ but some historic background‚” said Mbete.

“We did not discuss the intelligence report. There was no question of agreeing or not agreeing on it. We did not see [the report]‚” Mbete said‚ echoing the voices of other ANC officials who claimed Zuma did not consult them about his decision to axe Gordhan.

The damning intelligence report was alleged to contain details about how Gordhan and his deputy‚ Mcebisi Jonas‚ had met with forces with an intention to overthrow the South African government. Both Gordhan and Jonas have rubbished the claims.

While other members of the ANC’s top six have been vocal about Zuma’s decision to remove Gordhan and Jonas and reshuffle his Cabinet‚ Mbete remained diplomatic in her views.

Secretary general Gwede Mantashe had highlighted that the reshuffle was not one that came from the ANC but that Zuma had simply presented it to them. Deputy President Cyril Ramaphosa described Zuma’s action as “unacceptable”.

Pressed to share her views‚ Mbete gave no feedback on the president’s actions but sounded more critical of ANC officials who publically spoke out against Zuma.

The officials were scheduled to hold a meeting on Monday where Mbete expected that they would come out with a more “united voice”.

She highlighted that Zuma’s decision to single-handedly make the decision to reshuffle the Cabinet was not a common one‚ stating that “in previous circumstances he did” seek their input.

“There is no ANC process that requires the President to consult about reshuffling but he always comes to the officials but it is not like there is a rule that he should come and have a big discussion‚” said Mbete.

She herself had simply received a call from Zuma‚ informing her that he was about to make an important announcement but no further details were given.

Mbete said the differences on the views with Gordhan’s dismissal should not come as a surprise as the ANC had always allowed people to express their differences.

She admitted though‚ that this time‚ things were different as top officials were airing their disapproval in the media instead of behind closed doors where consensus would have been reached‚ resulting in them coming out in one united voice.

Mbete had cut short a working visit to Bangladesh to attend to growing calls from opposition parties for the National Assembly to hear a vote of no confidence debate against Zuma.

Members of Parliament are due to return to the National Assembly in May but they were calling on proceedings to be resumed sooner.

Mbete said she would start with consultations on Tuesday to establish whether there were grounds for this.

Her office would then write to parties involved to advise them on the outcome.

“I therefore assure South Africans that this legislative arm of the State will rise to the occasion‚” Mbete said.

Opposition parties have‚ however‚ come out to voice their loss of confidence in Mbete and have turned to the courts to intervene in their quest to impeach Zuma.

Mbete maintained that her office has always satisfied what is required by them legally but unfortunately‚ not everyone could be satisfied.

While some of the officials in the ANC have shown their disapproval of President Jacob Zuma’s actions‚ it remains to be seen whether they too would openly vote against their leader.

“A secret ballot is not part of what we do. We simply just don’t do the secret ballot until there is enough pressure from the MPs themselves that the rules be changed. We have no basis for secret ballot‚” she said.