Birthday prayers of strength for Zuma in turbulent times 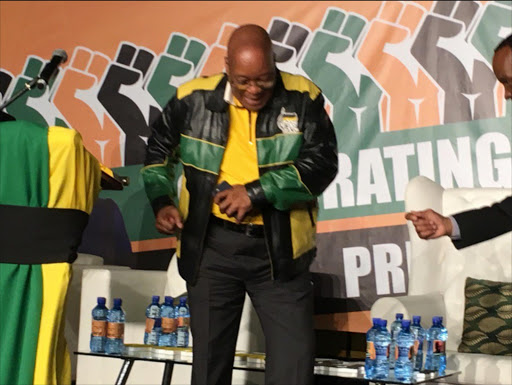 While others were calling for President Jacob Zuma's downfall‚ thousands joined in prayer for the opposite at Zuma's birthday celebration in Kliptown‚ Soweto on Wednesday.

"The Bible says God does not judge. It says forgive us our trespasses as we forgive those who trespass against us‚" said a pastor who spoke at the celebrations.

He was met with a loud "Amen" from the crowd.

The pastor said Zuma was "not going anywhere".

According to Nomvula Mokonyane‚ a total of 25‚000 people has gathered for Zuma's birthday with both the main tent and overflow area filled to the brim.

Zuma was jubilant as he stood to join traditional maskandi group Mroza in dance.

His wife Thobeka took her place next to him‚ also dressed in ANC colours.