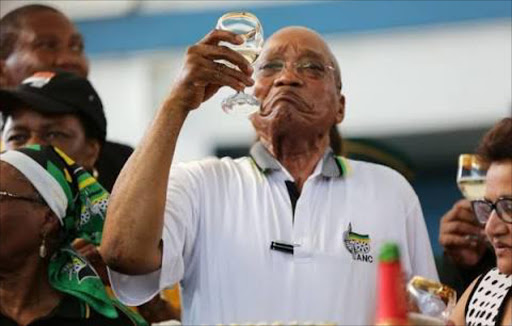 As thousands of South Africans marched to the Union Buildings in Pretoria on Wednesday‚ African National Congress members from Pretoria made their way south to President Jacob Zuma's birthday bash.

At a filling station in Midrand‚ half a dozen mini-bus taxis from Pretoria and surrounds gathered as they waited for more ANC supporters to arrive.

Tshepo Motaung‚ chairperson of Mawiga‚ which comprises communities from Mokopana‚ Winterveld and Ga-Rankuwa‚ said they were waiting on about 200 more mini-bus taxis to arrive and take around 3‚000 residents of Tshwane to the birthday celebration.

Regarding the mass protests in the administrative capital earlier on Wednesday‚ he said: "It's a democratic country. Everyone has got the right to protest and demonstrate. We are going to our president's birthday bash‚" he said.

Motaung said they had hired mini-bus taxis to empower members of their community and because they were unsure how the bus strike would affect travel to the president's birthday celebrations.