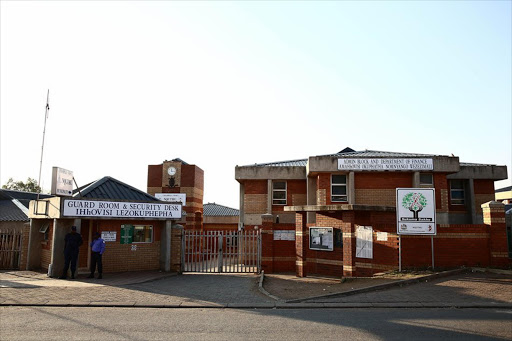 The DA in KwaZulu-Natal has praised police for apprehending a man suspected of attacking their candidate for the upcoming by-elections in Nquthu‚ as political tensions heighten ahead of the polls.

DA member and activist Zanele Masondo was attacked at her shop in the Nquthu town centre on Monday by a man whom the DA says is an ANC member. According to DA MPL Sizwe Mchunu‚ who moved a motion in the provincial legislature on Wednesday thanking the police for arresting the suspect‚ Masondo was working when she was attacked.

“She was seriously injured‚” said Mchunu.

He confirmed that Masondo is their councillor candidate for next month’s by-elections - as the troubled town prepares to rebuild its collapsed council.

Mchunu said the ANC was using every trick in the book to sway voters ahead of the elections.

“Since the date of the elections was announced every government function has been held in Nquthu‚ even portfolio committees have sat in Nquthu. This is the blatant abuse of state resources that the ANC has stooped down to‚” said Mchunu.

The DA has written to the KZN MEC for community safety‚ Mxolisi Kaunda‚ to request an increase policing ahead of the highly charged by-elections.

Fresh elections are due to be held on May 24 next month.

The council which remained without a mayor‚ deputy mayor and speaker for six months since last year’s local government elections tried six times to convene – in different venues including Dundee and Pietermaritzburg - but the meetings all ended in chaos.

The DA is not the only opposition party crying foul over the ANC’s alleged Nquthu shenanigans.

The IFP raised an alarm over the weekend accusing the KZN department of cooperative governance and traditional affairs of delivering 32 jojo tanks and three water tankers to known ANC candidates in Nquthu.

“As the IFP we have no problem with efforts that will improve the lives of our people‚ but we must raise our concern when state resources are used in a partisan manner to favour ANC candidates in the upcoming by-elections in the Nquthu Municipality‚” said IFP parliamentary leader Blessed Gwala.

“We are certain that these 32 jojo tanks will be used to campaign for the ANC. We have also established that the three water tankers will be manned by ANC deployees involved in the by-election campaign. This is a blatant abuse of state resources yet again by the MEC‚ Nomsa Dube-Ncube‚” he added.

However‚ Cogta spokesman Lennox Mabaso dismissed the claim as ludicrous.

“The IFP’s claims are a subterfuge to divert attention from the fact that it is fully responsible together with its coalition allies for the chaos that not only led to the dissolution of this municipality but for deprivation of important services to the people of Nquthu and uMzinyathi as a whole‚” he said.

After last year’s local government elections in August and prior to the dissolution‚ the majority IFP was expected to govern the council. The party held 15 seats to the ANC's 14 while the NFP had two and the EFF and DA have one seat apiece. The IFP needed the EFF and the DA to edge out an ANC/NFP coalition.

To this day‚ Nquthu remains the only municipality in the country without a mayor.