Court finds 'nuclear deal' with Russia to be unlawful 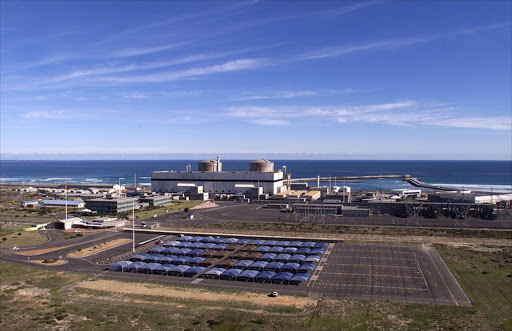 In a major reversal for Eskom's nuclear plans‚ the Western Cape High Court has set aside the determination signed by former minister Tina Joemat-Pettersson in December last year which lays the basis for the nuclear procurement.

Judge Lee Bozalek has also found that the request for information issued by Eskom in December last year was unlawful and unconstitutional and it was set aside.

The judge also declared the cooperation agreements with the US‚ Russia and Korea to be unconstitutional and unlawful‚ and these were set aside.

The case‚ brought by Earthlife Africa and the Southern African Faith Communities’ Environment Institute against the government‚ was launched in October 2015.

Social activist Zackie Achmat on Wednesday joined a jubilant crowd on the steps of the High Court in Cape Town to celebrate what they hailed as a victory over government’s proposed R1-trillion nuclear deal.

"The court case has been pivotal in exposing arrangements for [the] R1-trillion nuclear deal which [the organisations] believe were entered into unlawfully‚" Earthlife Africa said this week ahead of the ruling.

The government’s nuclear plans have been red-flagged by credit ratings agencies‚ which downgraded South Africa to junk status.

President Jacob Zuma has been determined to proceed with the nuclear build programme‚ despite critics saying it is not necessary and beyond the means of a fiscally constrained government. His stance led to the removal of Joemat-Pettersson as energy minister and her replacement by Zuma supporter Mmamoloko Kubayi in the recent Cabinet reshuffle that also removed Pravin Gordhan as finance minister.

The draft 2016 Integrated Resource Plan (IRP) says SA will not need new nuclear power plants before 2037‚ but until it is finalised‚ Eskom has been operating on the basis of the 2010 IRP‚ which proposes the construction of 9‚600MW in nuclear plants.

In December‚ the power utility issued a request for information‚ which closes on April 28‚ and by the end of June it planned to issue a request for binding proposals from potential vendors‚ provided it obtained the approvals to do so.

READ THE FULL COURT DOCUMENT BELOW: