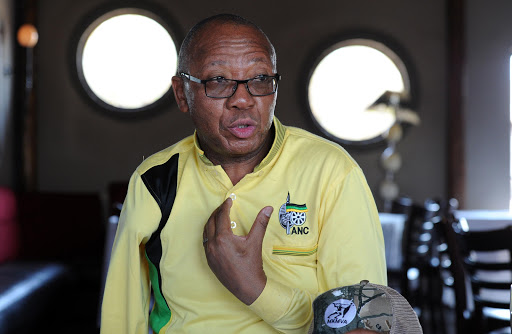 Military veterans who had forcefully occupied houses in Lufhereng near Soweto on Wednesday alleged that the housing project was riddled with corruption and underhanded dealings by the project manager.

Addressing the Military Veterans Housing Dialogue in Boksburg‚ one veteran who had occupied one of the 12 houses earmarked for veterans said: “They are selling houses and we have proof of that‚ and meanwhile we are left destitute.”

He pleaded for the Department of Military Veterans to act.

Another veteran who identified herself as Comrade Fortune said some of the houses have been vandalised.

She told delegates she was a single mother of two children who were disabled and she had been hoping to get one of those houses. That had not happened.

Deputy Minister of the Military Veterans‚ Kebby Maphatsoe‚ told delegates he was aware of the situation.

“There are MK comrades who have occupied those houses that were vacant and they were saying to me we haven’t taken them by force‚ ‘we were afraid they would be vandalised’. [They say] we are helping the cause. They are saying now that we are inside‚ we shouldn’t be removed because we need housing‚” said Maphatsoe.

On Monday‚ TimesLIVE reported that the City of Johannesburg claimed to have had difficulty in removing the vets from the houses‚ charging that they were armed and dangerous.

“It was deemed that the presence of guns and live ammunition was too risky. The security and SAPS backed off and the occupiers remained‚” city housing spokesman Charles Davis said in an email explaining efforts made to get the veterans to leave.

It was understood that the veterans who had occupied the houses were not on the top of the list meant for those to receive the houses.

The vets denied intimidating the project manager and security officials employed to guard the houses but admitted to being tired of waiting for the city to deliver their homes.

Meanwhile‚ Maphatsoe highlighted that another issue of concern was the list of MK vets who were on the waiting list to receive the housing.

“What we want is to make sure that the list that you submit is the correct list of MV. Don’t submit a list of a person who has passed on. We will arrest and charge you‚” he said‚ adding that the data should be updated.

He said the most desperate would be prioritised.

“You can’t allow a person who has accommodation somewhere and leave a person who is living on the street. Prioritise those who are in dire need‚” he said.