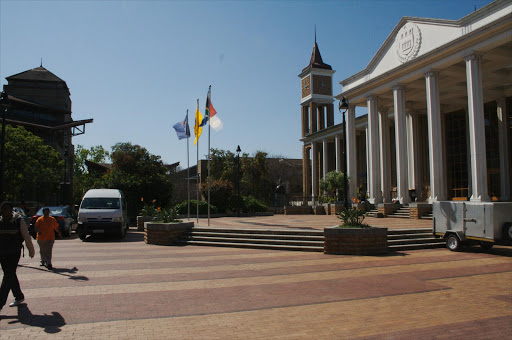 The nationwide student accommodation crisis has reared its ugly head at the University of the Western Cape.

Up to 40 students are occupying the office of one of the residences at the campus which had been damaged in the FeesMustFall protests. This‚ said UWC spokesman Luthando Tyhalibongo‚ is despite safety warnings.

The Department of Higher Education and Training estimated last year that there is a shortage of 216‚000 beds in the country and by 2030 an extra 400‚000 beds would be needed.

The department failed to answer questions about the national shortage on Monday despite repeated attempts by TimesLive for comment.

The university's SRC accused officials of gross negligence for failing to help these students.

SRC deputy secretary Zuiphe Kapa said they did not endorse the occupation‚ but understand student frustrations.

“There have been multiple miscommunications between the central housing committee and office that handles residential placement. Students have occupied these offices to demand a place to stay.” Kapa said.

“In fact‚ residential life office made a promise last year that more beds would be provided‚ but we haven’t seen that happen. Frankly this issue has not been treated with the urgency it deserves‚” Kapa added.

In the meantime the SRC has begun working with local landlords to offer spaces for students for the rest of the 2017 tuition year. Kapa said the SRC had just secured at total of 90 beds in Athlone and Khayelitsha.

“We plan on sitting down with the institution to get some of these students moved into these newly arranged accommodations. But first we must assess these areas and make sure that these accommodations are sufficient for students and that they have transport they need to and from UWC‚” Kapa said.

The University confirmed the purchase of new buildings for student accommodation‚ but could not say when it would be ready. They did note that within three years the number of beds on campus would double. UWC officials said they have made multiple efforts to relocate students occupying the Res Life building.

“Regardless of the safety warnings‚ students went ahead to occupy the building. The university is still in the process of trying to solve this illegal occupation of an office space in a manner that addresses the needs of all concerned. As of now it is hazardous and unacceptable for students to stay in such conditions‚” UWC spokesman Luthando Tyhalibongo said.

Tyhalibongo said that student-housing shortages were a national challenge faced by all of UWC’s peers‚ pointing to statements made by Minister of Higher Education Blade Nzimande.

“Nationally‚ the demand for accommodation is high‚ and demand exceeds the supply. As Minister Nzimande has explained the ‘government would not be able to eradicate the 200‚000 university beds shortage through its higher education budget‚’” Tyhalibongo said.

The University of Cape Town‚ which had also recently struggled with a housing shortage‚ said partnerships with local communities had been key in cutting down the number of affected students. Temporary accommodation was also offered to students unable to find housing.