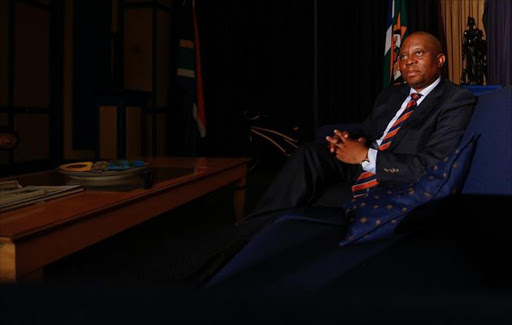 Herman Mashaba, the first DA mayor of Johannesburg, which has been dominated by the ANC since 1994, says nothing is impossible when asked about his qualifications for the job.
Image: MOELETSI MABE

Johannesburg mayor Herman Mashaba will meet with senior government officials on Thursday to discuss the housing crisis in the province.

“Today‚ I will be meeting with the National Minister of Housing‚ Lindiwe Sisulu‚ the Gauteng MEC for Cooperative Governance and Traditional Affairs and Human Settlements‚ Mr Paul Mashatile‚ and the Mayor of Tshwane‚ Solly Msimanga‚ to discuss the challenges faced by the community of Eldorado Park and others like it‚” Mashaba said in a statement.

He said the meeting followed engagements with community members in Eldorado Park‚ the scene of violent protests earlier in the week over housing.

“I would like thank each of these community leaders for their willingness to engage us on their communities’ challenges‚” Mashaba said. “During the meeting‚ community leaders stressed the communities’ desperate need for dignified housing and economic opportunities. They also emphasised the cooperation of national‚ provincial and local government as an essential ingredient to addressing the communities’ challenges. I wholeheartedly agree.” Meanwhile‚ there were reports of renewed protests in Ennerdale in the south of Johannesburg on Thursday morning.

Metro police said roads had been blocked and that protesters were stoning cars.