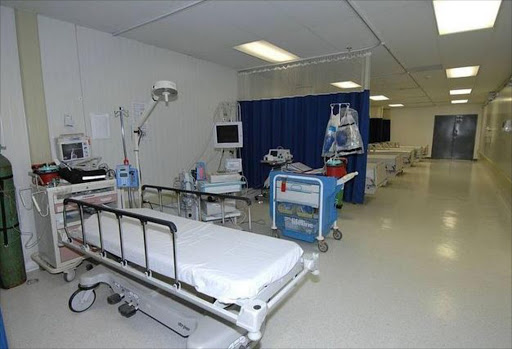 Provincial governments across the country are spending more than half of their budgets on staff salaries before providing services to the people.

This is contained in the National Treasury fourth-quarter provincial budgets and expenditure report for the 2016/17 financial year released on Tuesday.

Personnel expenditure for the 2016/17 financial year was R311.4-billion‚ which is 59.8% of the total expenditure of provinces.

Limpopo had the highest spending on compensation of employees at 69.3% of the total provincial expenditure.

Second to Limpopo was the Eastern Cape‚ spending 63.4% of their expenditure on salaries‚ followed by KwaZulu-Natal at 61.8% and Mpumalanga coming in at fourth place with 59.5%.

The province that spent the least on paying employees was the Western Cape at 53.1% of its total provincial expenditure.

Spending on education by provinces increased by 7.3% to R211.6-billion. This amount was 40.7% of the total provincial expenditure.

Provincial departments spent R18.7-billion on goods and services‚ including pupil and teacher support materials‚ which was 96.8% of the budgeted R19.3-billion.

However‚ the bulk (77.9%) of education expenditure went to personnel‚ which amounted to R164.8-billion.

Capital spending was R11.3-billion‚ which was 5.7% higher than the spending in the previous financial year.

Education capital expenditure was lowest in the Free State at 65.8% and Mpumalanga at 80.7%.

But health departments were also spending more on personnel than actually providing the health service itself.

Limpopo (70.9%)‚ Eastern Cape (65.6%) and Free State (64%) spent more of their health expenditure on personnel than the national average.

Limpopo‚ which spent highest in percentage on personnel‚ only spent 2.5% of its health expenditure on capital expenditure‚ the lowest in the country.

At R17.9-billion‚ social development only made up 3.4% of the total adjusted provincial budgets. Provinces spent R17.7-billion (98.1%) of the adjusted budget of R17.9-billion.

At R28.1-billion‚ the adjusted budget for human settlements and local government comprised 5.4% of the provincial budgets and provinces spent R27.4-billion (97.6%).