State capture is busy eating the ANC away: Ramaphosa 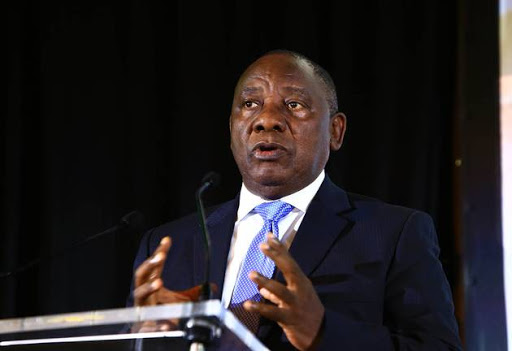 ANC deputy president Cyril Ramaphosa has called for a judicial commission of inquiry into state capture to be appointed speedily.

His call comes after the ANC's national executive committee (NEC) revealed on Monday at a media briefing that it had accepted a proposal for an inquiry.

"We should welcome the decision taken by the ANC NEC. This decision is important ... This state capture is busy eating the ANC away‚" Ramaphosa told delegates at the central committee meeting of the Congress of South African Trade Unions (Cosatu) in Pretoria.

"To prevent this‚ stories that we keep hearing‚ about this and that and emails coming out of the woodworks all the time‚ the commission must commence its work and it must have terms of reference that are going to the depth of what this issue of state capture is‚" he added.

ANC secretary general Gwede Mantashe said on Monday that the party supported the call for an inquiry that would uncover the influence of business on the state‚ dating back to 1994 when the ANC came into power.

The NEC called on all implicated individuals‚ including President Jacob Zuma‚ who were reviewing the report to speed up their processes and not use their reviews as a means to slow down the establishment of the commission.

"One of the reasons why I supported this section‚ is that we want people to clear their names [and] we want the truth to clear us. We want the ANC to return to its core business and for it to go back to what it was formed for‚" added Ramaphosa.

The Sunday Times reported this week how a series of e-mails showed the extent of Gupta control over cabinet ministers and parastatal CEOs and board members.

The correspondence also gives insight into the role of Zuma's son Duduzane in presidential matters. Duduzane is a close Gupta associate and is believed to have made millions through this partnership.

Last week Cosatu's special meeting made a decision that it will not allow Zuma to address its central committee meeting and asked the ANC to deploy Ramaphosa to give a message of support on behalf of the ANC.

The trade union federation said barring Zuma was in line with its position that he is not fit to rule.