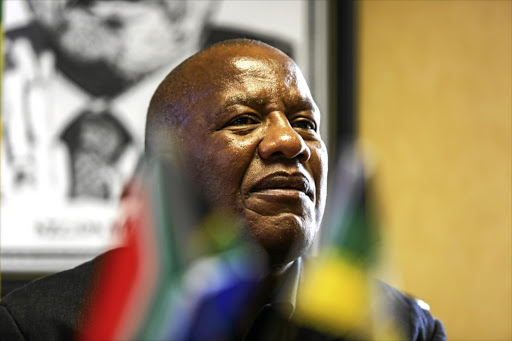 07 July 2016. Jackson Mthembu, chairperson of the ANC National Executive Committee's sub-committee on communications sat down with the Sunday Times at the Luthi House to iron out the parties take on the SABC chief operating officer Hlaudi Motsoeneng. Mthembu was speaking on the controversy over Motsoening with more SABC editors and journalists facing disciplinary action as a result of criticising his clampdown. Motsoeneng banned the airing of images of protests and limited the coverage of opposition parties.
Image: Moeletsi Mabe/The Times

ANC chief whip Jackson Mthembu has rejected a news report that some ANC MPs had planned to propose their own motion to have President Jacob Zuma removed.

Mthembu was referring to a report published in the Sunday Times which said the MPs had dumped the idea after the party's national executive committee debated and failed to pass a motion of no confidence in the president.

Mthembu said the claim "was a complete fabrication".

ANC caucus sources had told the Sunday Times two weeks ago the proposal had been tabled and supported by several MPs at a caucus meeting two weeks ago‚ but that no formal decision had been reached.

That meeting had been called and attended by members of the ANC top six leadership such as secretary-general Gwede Mantashe‚ treasurer-general Zweli Mkhize and national chairperson Baleka Mbete.