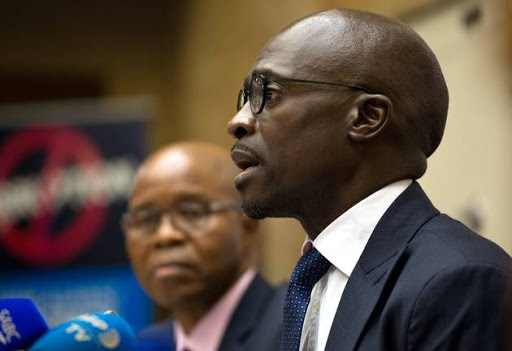 Leaked e-mails detailing the Gupta family's interactions with key government ministers and officials have shone the spotlight on Gigaba's role - whether witting or unwitting - in the capture of the South African state.

They also appear to add credence to a report on state capture by the Public Affairs Research Institute, released before the e-mail leak, which painted Gigaba as a central character.

Gigaba has dismissed the claims and declined to comment further on them when approached by The Times again on Monday.

"Recent pronouncements on this matter by the ruling party, the president and the Hawks will come as a great relief to state-owned companies."

Koffi Kouakou of the Wits School of Governance said it was clear from the actions of ministers such as Brown and Gigaba that South Africa had a governance crisis.

"It's clear that Gigaba and Brown have committed serious oversight blunders, breaching rules of ethical governance whose behaviour borders on crimes of governance.

"There were rules they knew of which they should have followed, which they didn't."

The Gupta family has benefited from numerous multibillion-rand state power and infrastructure projects at entities where their associates and allies were appointed by Gigaba and Brown.

The projects include the provision by China South Rail of locomotives for Transnet, which saw the Guptas secure R5.3-billion in alleged kickbacks.

The door to state deals, or special favours for the Guptas, seems to have been opened from the moment Gigaba was appointed Public Enterprises minister in November 2010 and continued until his move to Home Affairs in 2014.

Gigaba appointed directors - now known to be connected to the Guptas - to arms manufacturer Denel, Eskom and Transnet.

A regular character in the Gupta links to these directors is associate Salim Essa, who has in the past shared co-directorships with many of those appointed to sit on the boards of Eskom and Transnet.