Hlaudi to learn fate next week 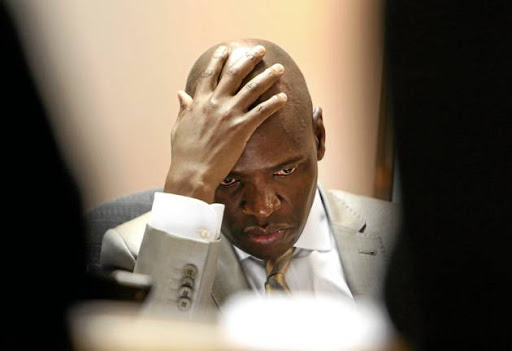 Former SABC COO Hlaudi Motsoeneng will know his fate next week when judgment will be handed down in an external disciplinary hearing into comments he made at a media briefing in April.

Chairperson of the disciplinary hearing‚ Nazeer Cassim‚ heard final arguments from both parties pertaining to allegations levelled against Motsoeneng in Sandton‚ Johannesburg on Friday evening.

Motsoeneng is charged with contravening the terms of his suspension when he held a media briefing in April. During it he railed against SABC interim board members for planning to scrap a 90% local music policy which he had implemented during his tenure at the public broadcaster.

Motsoeneng's legal representative Advocate Andy Bester‚ said there was no merit for the case as the embattled former SABC employee had sought permission from a higher authority to speak in his personal capacity.

"He asked permission from his employer and Mr [James] Aguma (suspended acting SABC chief executive) is the only person who could have given him permission at the time. The fact is whether the current (SABC) interim board agrees with what Mr Aguma did or not‚ is a separate matter. We have gathered they don’t like it‚ they don’t agree‚" argued Bester.

"The point is Mr Motsoeneng did the responsible thing and he went to his superior who is also the ultimate executive decision maker at the SABC‚ raised the issue with him and explained his situation and asked for permission to address a press conference and he was given that permission‚" Bester said.

Bester argued that Motsoeneng had not breached his employment contract by addressing the media conference as he was speaking in his personal capacity.

Bester said that Motsoeneng had also been granted permission to lash out at current SABC interim board member Krish Naidoo and the parliamentary ad hoc committee by then Communications Minister Faith Muthambi. However‚ Advocate Thembeka Ngcukaitobi arguing for the SABC‚ said nothing had warranted Motsoeneng bringing the SABC into disrepute as the permission for the briefing was for him to merely correct a statement by the parliamentary ad hoc committee which looked into the SABC board’s fitness to hold office

"He was given authority‚ for what‚ to provide his account of events he felt strongly about and those facts he believed were distorted during the committee’s inquiry. Two things need to be stated upfront. The first is that the criticism related to Mr Motsoeneng in his official capacity as chief operations officer‚ that is the discussion he [held] with Mr Aguma‚ said Ngcukaitobi.

"Now when you hear the argument that he is not speaking in his capacity as chief operations officer‚ he is speaking in his personal capacity‚ you need to take that with a pinch of salt because the conversation that was held between Mr Motsoeneng and Mr Aguma‚ on the version given by Mr Aguma‚ is that go and clarify the incorrect statement made in your capacity as chief operations officer of the SABC‚" he argued.

Ngcukaitobi added that the nature of "higher authority" is highly questionable because Aguma had been subjected to a disciplinary inquiry recommended by the interim board of the SABC. Aguma was strongly criticised during a meeting of Parliament's Communications Committee‚ mainly over the SABC's financial losses.

"Now you ask yourself the question‚ what would a reasonable senior executive of the SABC have done in circumstances where he knows that there are serious findings made against Aguma‚ there is an interim board‚ there are serious findings made against the way the SABC has been run and that interim board‚ among others‚ is tasked by judgment of court to discipline him?

"Would not a reasonable position would have been to approach the board itself and the chairperson for permission. Now he decides not to do that and I suggest that this was a calculated move to undermine the authority of the board by not asking specifically for authorisation given all the facts that are known‚" argued Ngcukaitobi.

After hearing both arguments‚ Cassim said he would inform both parties about Hlaudi's verdict during the course of next week.