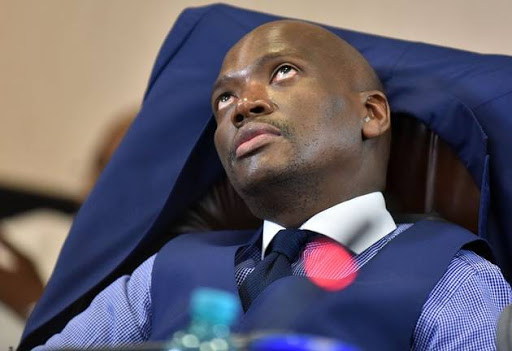 Motsoeneng was sacked after being found guilty of misconduct for comments he made at a media briefing in which he criticised SABC board members and a parliamentary committee that was looking into alleged irregularities at the public broadcaster.

Chairperson of the disciplinary hearing Nazeer Cassim informed the SABC's interim board of his decision on Monday. The outcome was announced after the board met with Communications Minister Ayanda Dlodlo.

Motsoeneng’s dismissal follows the submission of final arguments from the SABC and the embattled former COO on Friday.

At the time of the April media conference‚ Motsoeneng was already suspended due to findings made by the Public Protector relating to his qualifications.

Motsoeneng was charged with contravening the terms of his suspension when he held a media briefing at which he was critical of non-executive board member Krish Naidoo.

Naidoo had served on the SABC’s previous board.

Motsoeneng launched a scathing attack on Naidoo for comments he made during his appearance before the parliamentary ad hoc committee.

He described Naidoo as a "sell out" who lied under oath.

He further railed against SABC interim board members for planning to scrap a 90% local music content policy which he had implemented during his tenure at the public broadcaster.

Motsoeneng has been found guilty after several attempts to halt the disciplinary hearing including it being forced to be postponed more than three times. In his latest bid‚ he claimed to have undergone an operation and was informed by his doctor to not participate in any strenuous activities including having business meetings.

Contacted for comment‚ Motsoeneng said he has not yet been informed about the outcomes of the disciplinary hearing and he would only be in a position to comment once he has documents in front of him.