'Why I resigned' - Ben Ngubane says he has nothing to fear 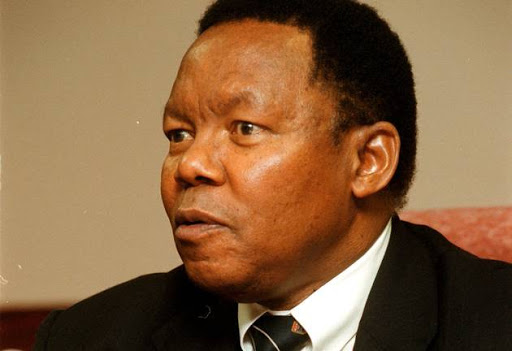 Former Eskom board chairman Ben Ngubane says he has resigned for personal reasons and not because he's running away from links to the Gupta family or a parliamentary inquiry into the power utility.

“I have been in parliament many times‚ where I have been humiliated‚ cursed and degraded and I survived. Why should I fear something like this inquiry?

“This [my resignation] is what people have wanted. They should be celebrating not questioning why I have resigned‚” he told TimesLIVE on Tuesday.

Ngubane's surprise resignation is seen as possibly the first signs of cracks within the Gupta empire as key figures in the state capture allegations start to feel the heat amid continuing revelations from the leaked Gupta emails‚ say observers.

Ngubane resigned with “immediate effect” on Monday with SABC member Hlaudi Motsoeneng fired just hours before. Both have featured prominently in reporting on state capture allegations and follow the bizarre departure of former CEO Brian Molefe from Eskom recently.

Ngubane questioned why he should fear a parliamentary inquiry.

“I do not care of these things [sic]. If there is a case to answer I will answer. I have been before [to parliament] and answered questions.

“This inquiry and my relations with people would be the last reason I would resign. If you say I have a relation with every person I meet I would be in a lot of relationships.”

Lawson Naidoo‚ executive secretary for the Council for the Advancement of the Constitution of SA‚ said people were beginning to feel the heat.

“The resignations are‚ however‚ not happening in a coordinated way‚ and Ngubane's resignation needs to be looked at in different context‚” he said.

He said the leaked emails place Ngubane in a compromising position as Eskom's board chairman.

“Then you also have the parliamentary ad hoc committee investigation which is looking at the actions of the Eskom board‚ which is likely to have seen him jump ship before he could face some very direct questions.”

Naidoo said the committee's mandate was to look at the actions of Eskom relating to a series of reports‚ including Eskom's own internal report‚ Treasury's report and the Denton report [into alleged tender irregularities‚ among other issues].

“This would have seen him being confronted over a number of issues.”

He said strong arguments were now being made that public enterprises minister Lynne Brown should not have accepted Ngubane's resignation‚ until he had testified before the ad hoc committee.

“While this is definitely a way of letting him run‚ he will not be able to hide especially from criminal processes which may emerge. If anything his resignation is a temporary respite for him‚” said Naidoo.

Ngubane is associated through a common company with Salim Essa‚ one of the Gupta family’s closest associates. The leaked Gupta emails have also shown that Ngubane apparently had a Gupta family member and business associate draft his first public statement when he became Eskom's acting chairman two years ago.

Ngubane's resignation follows the recent announcement by the Hawks that their serious economic crimes unit is investigating the content of thousands of damning emails which were leaked to the media last month.

Hawks spokesman Brigadier Hangwani Mulaudzi has said that their members were completing several corruption investigations with numerous people approaching them with valuable information.

Professor Alex Van den Heever of the Wits School of Governance said it was difficult to tell if Ngubane's resignation was the sign of the first crack in state capture.

“One would have thought originally that the resignation of the Eskom CEO [Brian Molefe] was an indication of this‚ but then he returned.

“Because the [current] parliamentary investigation is proceeding this might be the reason for Ngubane‚ who has been conducting himself improperly‚ leaving.

“There are lots of vulnerabilities and there are attempts to clean things up‚ but‚ it is difficult to tell at this point if the resignation is because of this. There are simply too many accountability mechanisms which are not working at this point in South Africa.”