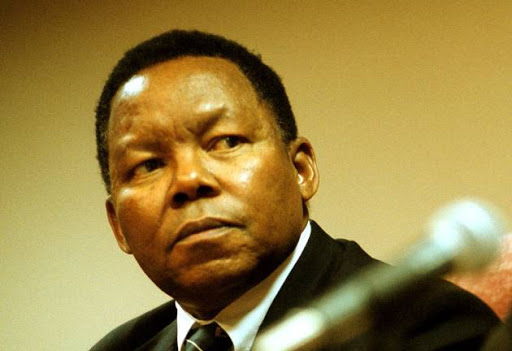 Calls are intensifying for Ben Ngubane to be held accountable – despite his abrupt resignation as board chairman - for the rot being unearthed at Eskom.

The National Union of Metalworkers of South Africa (NUMSA) said his resignation “should not exonerate (him) from taking responsibility”.

“We call for an independent investigation into tenders awarded during his tenure‚ and that where necessary‚ heads must roll‚” said a statement by NUMSA’s Ruth Ntlokotse.

The Federation of Unions of South Africa (FEDUSA) called for Ngubane to face a judicial commission of inquiry “for his role in the mismanagement of the state power utility during his tenure of office”.

A day after Ngubane quits, mystery unfolds about him and a planned Gupta oil trip

As Ben Ngubane controversially resigned his Eskom board chairmanship, another mysterious link to him and the Gupta family has emerged.
Politics
4 years ago

FEDUSA said it would be a “travesty of justice to let Ngubane get off the hook so lightly” after damning revelations about the capture of Eskom leadership by the Gupta family had emerged.

“Ngubane must be held accountable before an independent judicial commission of inquiry. This is in accordance with our 6th National Congress in November last year which resolved that directors found guilty of mismanaging resources on their watch should face the full might of our company laws‚” said FEDUSA Acting Secretary General Riefdah Ajam.

Ngubane told TimesLIVE on Tuesday that he had resigned for personal reasons and not because he was running away from links to the Gupta family or a looming parliamentary inquiry into Eskom.

“I have been in parliament many times‚ where I have been humiliated‚ cursed and degraded and I survived. Why should I fear something like this inquiry?” he asked.

Kick them when they are down, and kick them hard

Three swallows do not a summer make, we know, but if not a summer, can we hope that perhaps the tumbling of some of state capture's poster boys ...
Ideas
4 years ago

Lawson Naidoo‚ executive secretary of the Council for the Advancement of the Constitution of SA‚ said that recently leaked emails emanating from the Gupta family had placed Ngubane in a compromising position as Eskom's board chairman.

“We believe the nightmare at Eskom is far from over. We remain concerned about the bizarre decision which the board took to re-instate former Eskom CEO Brian Molefe‚ as well as the embarrassing spectacle where the public enterprises minister Lynne Brown at first tried to justify the indefensible by re-hiring Molefe‚ only for her to be forced to backtrack on the decision shortly thereafter‚” said Ntlokotse.

And in another development‚ the Organisation Undoing Tax Abuse (OUTA) has laid a criminal complaint against Ngubane‚ including charges of fraud‚ forgery‚ uttering and contravention of provisions of the Companies Act.

The charges arise from Ngubane and his wife allegedly borrowing R50 million from a state-owned company and failing to repay it.