Government in breach of constitutional duty for not investigating Absa deal 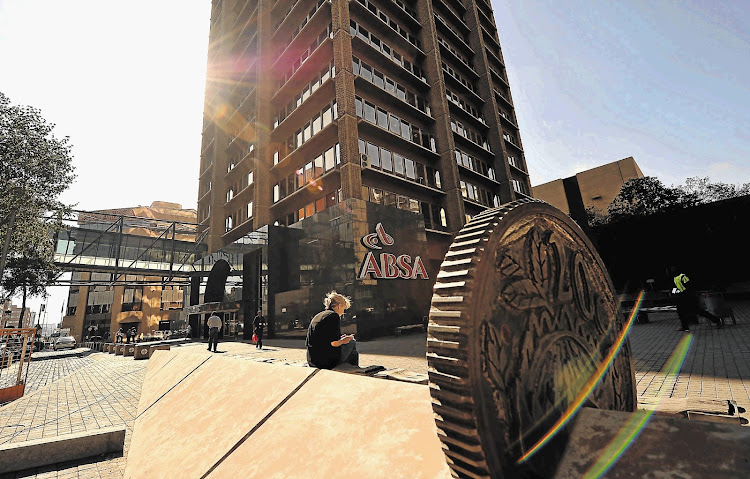 The government breached its constitutional duty to spend public funds wisely when it made no effort to act on the findings of a 1997 report which alleged SA Reserve Bank irregularly gifted Absa R1.125-billion.

These were among the findings released by Public Protector Busisiwe Mkhwebane in her first major report reveal on Monday in which she also ordered the Special Investigating Unit recover the funds from the bank.

The highly anticipated “Ciex report” investigation findings have been 7 years in the making.

The investigation emanated from a complaint laid by Advocate Paul Hoffman‚ who questioned why the government had spent 600‚000 British pounds contracting a company to investigate the circumstances surrounding a loan made by the Reserve Bank to Absa’s predecessor Bankorp.

The deal‚ conducted in the dying years of Apartheid between 1985 and 1992‚ was referred to as a “lifeboat” and was never repaid.

The report‚ compiled by a UK-based recovery and investigations agency called CIEX‚ alleged that R24 billion was unlawfully given to Bankorp.

Absa maintains it met all its obligations in Bankorp purchase

Absa maintains it met all its obligations in respect of the loan provided by the South African Reserve Bank to buy Bankorp by October 1995.
Business Times
5 years ago

At the time CIEX advised the Mandela administration that it could recoup the funds.

“The correct amount of the illegal gift granted to Bankorp Limited/Absa bank is in the amount of R1.125-billion. Two investigations into the matter established that the financial aid given to Bankorp/Absa bank was irregular‚” Mkhwebane said.

In response to the findings‚ Absa said it had met all its obligations in respect of the loan provided by the SA Reserve Bank by October 1995.

“It is our firm position that there is no obligation to pay anything to the SA government‚” it said.

It added that it was currently studying the report and would consider its legal options‚ including seeking a High Court review.

Mkhwebane said government's spending on a report‚ that was never used‚ was contrary to the principles of Batho Pele in that there was no value for money.

She added that government’s inaction was in contravention of section 195 of the Constitution‚ which called for the public administration to be governed with high value for ethics and called for the promotion of “efficient‚ economic and effective use of resources”.

Mkhwebane said allegations that South Africans were prejudiced by the conduct of government and that of the SA Reserve Bank were substantiated.

Advocate Paul Hoffman‚ who lodged the complaint on behalf of the Institute for Accountability in Southern Africa in 2010‚ welcomed the findings saying his complaint was vindicated.

“We have waited seven years for this‚” Hoffman said.

“We complained that not following up on the CIEX report was a waste of public money.”

Mkhwebane said the money given to Absa belonged to citizens‚ saying failure to recover the gift resulted in prejudice as these funds could have benefited the broader society instead of a handful of shareholders of Absa.

She has referred the matter to the Special Investigating Unit (SIU) to recover the “misappropriated public funds unlawfully given to Absa bank”.

She has also instructed the SIU to approach President Jacob Zuma in order to re-open and amend Proclamation R47 of 1998‚ to facilitate the investigation and recovery process.

Mkhwebane ordered the SA Reserve Bank to cooperate full with the SIU in the recovery.

She went on to recommend that the chairperson of the Portfolio Committee on Justice and Correctional Services initiate a process of amending Section 224 of the Constitution. The section deals with the primary objectives of the Reserve Bank.

The Public Protector has suggested changes to the nation’s constitution to amend the Reserve Bank’s primary objective of protecting the value of the ...
Business Times
5 years ago

Section 224 (1) currently reads: “The primary object of the South African Reserve Bank is to protect the value of the currency in the interest of balanced and sustainable economic growth in the Republic.”

Mkhwebane said it should instead read: “The primary object of the South African Reserve Bank is to promote balanced and sustainable economic growth in the Republic‚ while ensuring that the socio-economic well-being of the citizens are protected.”

Section 224 (2) currently further reads: “The South African Reserve Bank‚ in pursuit of its primary object‚ must perform its functions independently and without fear‚ favour or prejudice‚ but there must be regular consultation between the Bank and the Cabinet member responsible for national financial matters.”

Mkhwebane said it should instead read: “The South African Reserve Bank‚ in pursuit of its primary object‚ must perform its functions independently and without fear‚ favour or prejudice‚ while ensuring that there must be regular consultation between the Bank and Parliament to achieve meaningful socio-economic transformation.”

Hoffman said he suspected Mkhwebane’s recommendation that the constitution be amended to ensure that the Reserve Bank’s primary object should also include protecting the socio-economic conditions of the citizens was beyond her powers.